In this R tutorial you’ll learn how to remove quotes from a character string when shown in the RStudio console.

If you want to learn more about these contents, keep reading:

As you can see based on the previous output of the RStudio console, the exemplifying data is a vector of character strings with four vector elements.

You can also see the each element of our character vector is quoted. In the following examples, I’ll explain how to get rid of these quotes.

Example 1 illustrates how to print character strings without quotation using the noquote function in R.

The previous output of the RStudio console display the character strings of our example vector without quotes. Looks great!

Example 2 shows how to show character strings in the RStudio console using the cat function.

Have a look at the following output of the RStudio console:

We have printed our character strings without any quotes. Note that the cat function also removes the [1] in front of the output.

The output is exactly the same as in Example 1, where we have used the noquote function.

Have a look at the following video of my YouTube channel. I explain the content of this tutorial in the video.

In addition, you could have a look at the related tutorials of this website. You can find some interesting tutorials below:

In summary: You learned in this post how to get rid of quotation when showing character strings in the R programming language.

In this tutorial, I have shown example syntax for a vector object. However, note that we could apply the same syntax to a data frame column as well.

In case you have any further questions, tell me about it in the comments section. 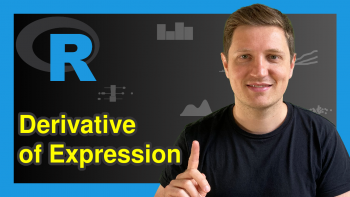 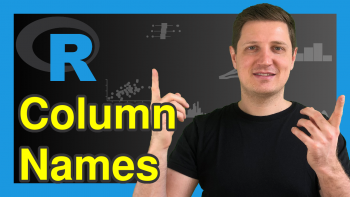