In this R tutorial you’ll learn how to declare a vector or array containing only zeros.

The article will contain these topics:

Example 1 illustrates how to create a vector consisting of zeros using the rep function.

The RStudio console returns the result of the previous R code: A vector of length five consisting only of zeros.

Alternatively to the R syntax shown in Example 1, we can also specify 0L instead of 0 within the rep function:

Similar to Example 3, we can use the integer function to create a vector of zeros.

Last but not least, we can also use the c function to construct an array or vector containing zeros (even though the c function might be inconvenient for longer vector objects):

Have a look at the following video of my YouTube channel. I’m explaining the R programming syntax of this article in the video:

Besides the video, you may want to have a look at the other articles of my website. Some articles about creating data objects are listed below.

To summarize: You learned in this tutorial how to create a vector of zeros in the R programming language. Please let me know in the comments, if you have further questions. 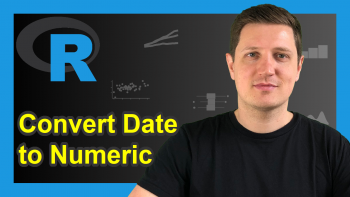 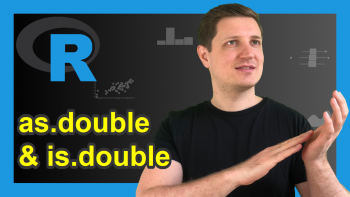