This page shows how to return the name of a data object as a character string in the R programming language.

So let’s do this!

The first step is to create some data that we can use in the exemplifying code later on:

As you can see based on the previously shown output of the RStudio console, our example data object is a numeric vector ranging from 1 to 5.

However, in this tutorial we do not care about the content of our variable. Instead, we care about the variable name! So let’s convert our data object’s name to a character string.

This section shows how to extract the name of a data object as a character string. For this, we can use the deparse and substitute functions as shown below:

The previous R code has created a new data object called my_string which is containing the character string “my_object”, i.e. the name of our input data.

Note that we have discussed a very simplified example here. However, it would be possible to use the same kind of R syntax in more complex settings, for example when using for-loops or user-defined functions.

Do you need more information on the R code of this tutorial? Then I recommend watching the following video instruction that I have published on my YouTube channel. I explain the R programming codes of this tutorial in the video:

Besides that, you may have a look at the other tutorials on this homepage.

In this article, I have illustrated how to get a variable name as a character string in the R programming language. Let me know in the comments below, if you have any further questions. Furthermore, don’t forget to subscribe to my email newsletter in order to get updates on the newest articles. 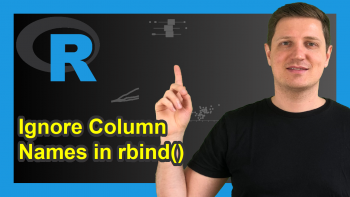 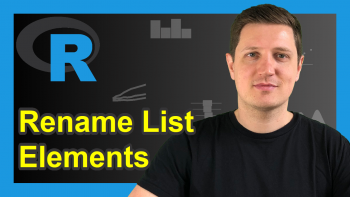