In this article you’ll learn how to expand listed variables using the str() function in the R programming language.

Table 1 visualizes the output of the RStudio console that has been returned after running the previous R syntax and shows the structure of the first five variables of our example data.

Note that we have subsetted our data frame in the previous Table. The entire data frame contains 120 columns!

Let’s assume that we want to inspect the structure of our data frame variables using the str function. Then, we might apply the following R code:

The output after executing the previous R code shows the structure of the first 99 variables in our data set. However, the remaining list output of the str function has been truncated.

This example demonstrates how to display the entire list output when using the str function in R, i.e. without truncating the bottom part of the list.

To achieve this, we have to set the list.len argument within the str function to be equal to the number of columns in our data frame.

Consider the following R code and its output:

As you can see, this time the entire list has been returned to the RStudio console.

In case you need more info on the content of this tutorial, I recommend watching the following video on my YouTube channel. In the video, I’m explaining the R syntax of this article in R.

To summarize: In this R tutorial you have learned how to avoid truncation in the str function. In case you have any further questions, please let me know in the comments section below. 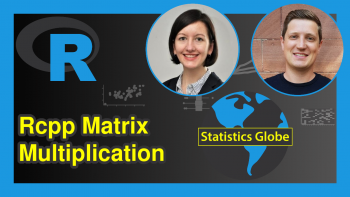 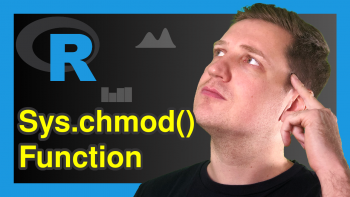