In this tutorial you’ll learn how to extract a time series subset using the window function in R programming.

If you want to know more about these content blocks, keep reading.

As you can see based on the previous RStudio console output, our example data is a data frame consisting of ten rows and two columns. The first variable contains dates and the second variable contains the corresponding numeric values.

Next, we can use the xts package to convert our data frame to a time series object.

To be able to use the functions of the xts package, we also have to install and load xts:

Next, we can apply the xts function to create a time series object as shown below:

This section illustrates how to select a particular subset of a time series object that is within a certain range of dates.

For this task, we can apply the window function as shown below:

As you can see based on the previous output, we have returned a time series subset between two specific dates in our data.

Do you need further explanations on the topics of this article? Then I recommend watching the following video on my YouTube channel. In the video, I show the examples of this tutorial.

Furthermore, you might have a look at the related tutorials on https://statisticsglobe.com/. I have released several tutorials already.

In summary: In this R tutorial you have learned how to apply the window function. In case you have additional questions, let me know in the comments below. 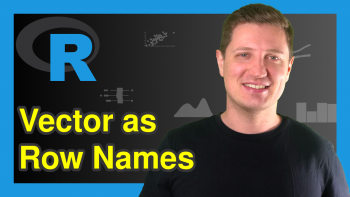 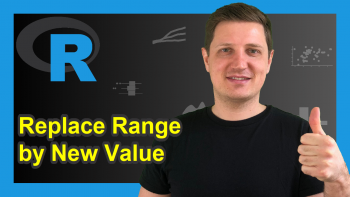 Assign Value to Elements in Certain Range in R (Example)