In this post, I’ll illustrate how to write long code over several lines in the R programming language.

This Example illustrates how to divide the code of an equation over multiple lines in an R script.

First, let’s execute an equation in only one line:

The result of our equation is 6.

If we want to write our equation over multiple lines (e.g. because it is very long), we can split the R syntax as shown below:

The result is exactly the same as in the previous R code where we executed the equation in only one line of code.

It is important to note that we put the + sign at the end of the first line. By doing this, we tell R that more code is following.

The following syntax shows how to create a character string in multiple lines of an R script. Again, let’s first run our code in only one line.

The output of the previous R code is shown in the RStudio console: “this is a string”.

This time, the output is the character string “this \nis \na \nstring”.

Note that this output contains “\n” at each point where we used a new line of code. In other words: the on-line output is slightly different compared to the multi-line output.

However, the next example shows how to create exactly the same character string using multiple lines of code. So keep on reading!

This Example illustrates how to create a character string in several lines of code using the paste0 function.

Let’s first create a character string in one line:

The output is the following character string: “this is another string”

We can use the paste0 function (or the paste function) to create exactly the same output in multiple lines of code:

Do you need further information on the R programming codes of this tutorial? Then you may have a look at the following video of my YouTube channel. In the video, I explain the content of this post:

Furthermore, you could read some of the related articles on my website:

In this article you learned how to split codes over multiple script lines in R programming. In case you have additional questions, let me know in the comments section. 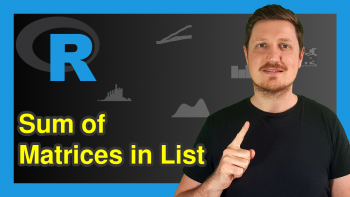 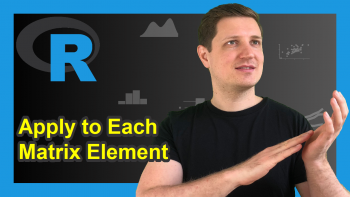