On this page you’ll learn how to delete all line breaks (i.e. enter symbols) from character strings in the R programming language.

In Example 1, I’ll explain how to remove all enter breaks from our character string using the gsub function in R.

As you can see based on the previous output of the RStudio console, we have created a new character string object called my_string_new1 that contains the characters of our input string without the newline symbol.

Note that we had to specify “[\r\n]” within the gsub function (instead of just “\n”) because the backslash is an escape character.

Example 2 explains how to use the functions of the stringr package to remove line breaks from a character string.

We first need to install and load the stringr package, in order to use the functions that are included in the package.

Now, we can use the str_replace_all function to delete all newlines:

The output is exactly the same as in the previous example. Whether you prefer to use the gsub or str_replace_all functions is a matter of taste.

Have a look at the following video that I have published on my YouTube channel. I illustrate the content of this tutorial in the video:

Also, you may read the other articles of my homepage:

To summarize: This page has shown how to delete newlines from a string in R programming. In case you have further questions, don’t hesitate to let me know in the comments section. Furthermore, please subscribe to my email newsletter for regular updates on new tutorials. 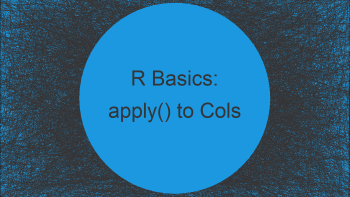 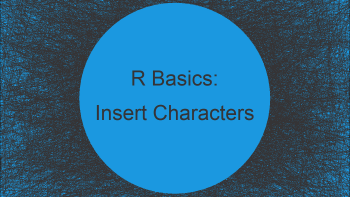