Let’s get right to it.

R package Rcpp allows you to integrate C++ code into R, see our blog post. For C++, there exist various libraries. One particularly useful library for data scientists is the Armadillo library (Sanderson 2010) for linear algebra and scientific computing. Luckily, R package RcppArmadillo (Eddelbuettel, Sanderson 2014) allows us to use the rich functionality of Armadillo in R.

A further advantage of RcppArmadillo is that the syntax is pretty straightforward and similar to R. On the Armadillo webpage, you can find a documentation of the different Armadillo classes and functions. In the following, we make some examples to show you the functionality of the package.

We load the Rcpp and RcppArmadillo package.

In R, the solution can be written as follows.

We can write a C++ function for it in R as follows.

In the first row, you see that we explicitly include the RcppArmadillo dependency in the code. The Armadillo vectors and matrices are defined with the arma::mat or arma::vec expression. With these arma expressions, we can conduct the matrix calculations visible in function GLS_cpp(). When comparing the R and C++ code, we see that the code looks very similar. That’s a big advantage of RcppArmadillo, programming the matrix calculations is pretty straightforward and similar to R.

To illustrate the functions, we use the example application presented in the book Faraway (2004) Linear Models with R, pages 97-98. You can take a look at the book to learn more about the data. In brief, we use the Longley regression data and regress the number of employed persons in 1947-1962 (dependent variable) on the gross national product (GNP) and the number of persons 14 years and older (independent variables). Our model input is defined as follows.

As always, when integrating C++ with R, we are interested in whether this will save us any computation time.

Take a look at the difference in the mean/median time of the 10^5 repetitions. It’s huge!

We make some more practical examples with RcppArmadillo.

As an exercise, assume we have a list or an array of covariance matrices and we want to transform these into a block-diagonal matrix. We generate the following example 2-by-2 matrices for a list of dimension \(D=3\).

The last line of code transforms this list into an array of same dimension.

Now, in R we can use function bdiag() from the Matrix package which returns a sparse block-diagonal matrix of V_list.

As an exercise, we want to define a C++ function which returns the same output.

In this exercise, we learn several things. Function cpp_bdiag() takes a arma::cube object as input. This corresponds to a 3-dimensional array in R. Command V.n_slices gives us the number of slices of cube V. Remember that in C++, we have to initialize all object before any loop. With arma::mat(n_rows, n_cols), we initialize an empty matrix with specified number of rows and columns.

With V_bdiag.submat(a, a, b, b), we index a sub-matrix of V_bdiag. The Rcout commands can be used to print intermediate results or complete objects in the console when conducting the function. It is very useful to make sure you know what is happening between the lines. The output of cpp_bdiag() is:

Function cpp_bdiag() returns a dense matrix. If you work with large matrices, using arma::sp_mat instead of arma::mat can be useful, it is for sparse matrices. Try it!

Example 3: Some More Function Examples for Matrices and Vectors

We want to make some additional examples to see how the functions and classes in RcppArmadillo work.

We see different versions of initializing matrices or vectors, e.g. with random numbers. Again, the Rcout command comes in handy to show us what the return of the single functions is.

A list of the RcppArmadillo functions and classes is given here. For general information on Rcpp, we also recommend you to take a look at the official webpage.

Furthermore, take a look at the following tutorial by Dirk Eddelbuettel held at the virtual useR! 2020 conference, which was published on the R Consortium Youtube channel.

We have some more blog posts which could be of interest to you.

We presented you some examples of R package RcppArmadillo which integrates C++ library Armadillo into R. If you have questions or want to comment on the port, let us know below. 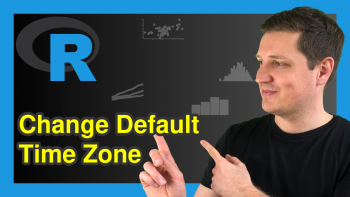 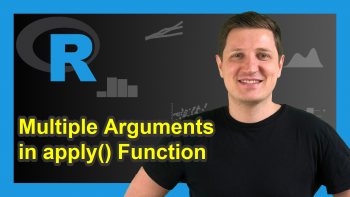