In this R tutorial you’ll learn how to save the output of a for-loop in a vector or array.

The article contains the following contents:

Example: Saving Output of for-Loop in Vector or Array

In this Example, I’ll show how to store the results of a for-loop in a vector (or array) in R.

We first have to create an empty vector. The following for-loop will produce character outputs, for that reason, we are creating an empty character vector:

Let’s have a look at the final result:

As you can see based on the previous output of the RStudio console, the previous for-loop has created a vector consisting of five character elements. Note that we could apply the same type of R code within a repeat-loop or within a while-loop as well.

Would you like to learn more about vectors and loops? Then you might have a look at the following video of my YouTube channel. I’m showing the examples of this article in the video:

In addition, you could read some of the other articles on my website.

In summary: You learned in this article how to store loop results in a vector in R. If you have further questions, please tell me about it in the comments section. 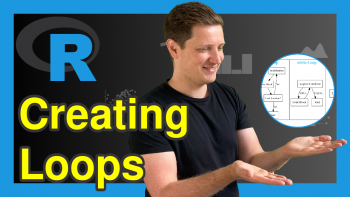 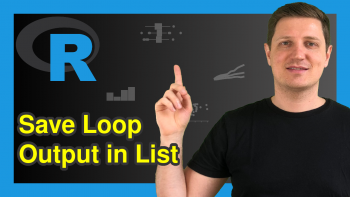