In this tutorial, I’ll explain how to write and run a repeat-loop in R.

As a first step, let’s have a look at the workflow of repeat-loops: 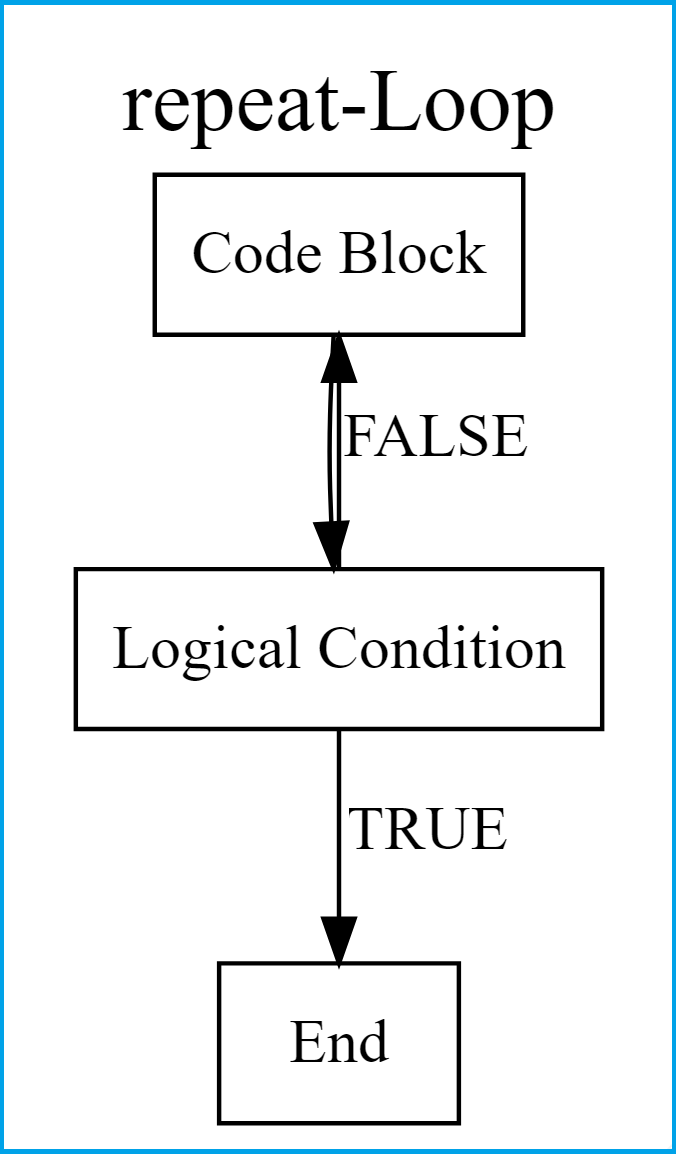 As you can see in the previous Figure, repeat-loops start with a code block were some data manipulation or any other programming task is done. Then, it is checked whether a logical condition is met.

The following R code illustrates how to use and run a repeat-loop in RStudio. First, we have to create a data object that we can use in the repeat-loop later on:

Our example data object is called x and contains the value 5. Now, let’s write a repeat-loop that adds plus 1 to this data object until we reach a value of 10 or larger than 10:

Above, you can see the R syntax and the output of the repeat-loop. The repeat-loop had five iterations before the break condition was fulfilled.

In Example 2, I’ll explain how to run a repeat-loop through the columns of a data frame. Let’s load some example data:

Let’s also define a running index that we can use within the repeat statement later on:

Within the previous R code we added plus 100 to each numeric variable of our data frame until we hit the first non-numeric column. Let’s have a look at the updated data:

All numeric values were increased by 100.

Some time ago I have released a video on my YouTube channel, which shows the R programming code of this tutorial. You can find the video below.

Furthermore, you might want to have a look at the related articles of my homepage:

Summary: In this tutorial, I showed how to use repeat-loops in the R programming language. Let me know in the comments section, in case you have any further questions. 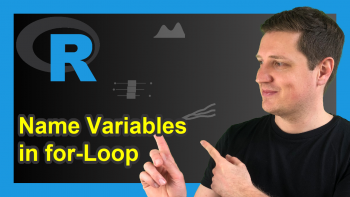 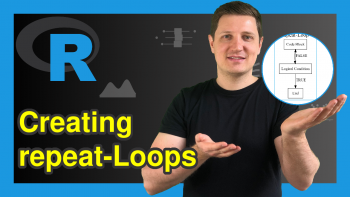