This article illustrates how to exchange a certain character pattern within a string in the R programming language.

As you can see based on the previous output of the RStudio console, our example data is a character string containing of the letters x, y, and a.

Example 1: Replace All Occurrences of Specific Character in String

In this Example, I’ll show how to replace all appearances of the letter y by the character pattern NEW. For this, we can use the gsub function as shown below:

As you can see based on the previous output, our updated character string contains the character pattern NEW instead of the alphabetical letter y.

Example 2 shows how to use the sub function to exchange only the first occurrence of the letter y in our character string. Have a look at the following R code:

The stringr package is a powerful add-on package for the manipulation of character strings in R.

For that reason, I want to show in Examples 3 and 4, how to use the functions of the stringr package to replace certain characters in strings.

If we want to use the commands & functions of the stringr package, we first need to install and load stringr:

Now, we can apply the str_replace_all function of the stringr package to replace all occurrences of the letter y.

The previous output is exactly the same as in Example 1.

In this Section, I’ll show how to exchange only the first appearance of a character in a string using the str_replace of the stringr package.

This time, the output is exactly the same as in Example 2.

If you need more info on the examples of this page, you may watch the following video of my YouTube channel. I show the content of this article in the video:

In addition to the video, you may have a look at some of the other articles on my homepage. I have published several other tutorials about related topics such as extracting data and character strings.

Summary: This article illustrated how to replace characters in strings in R programming. Let me know in the comments section below, if you have additional questions and/or comments. Furthermore, don’t forget to subscribe to my email newsletter in order to get updates on new articles. 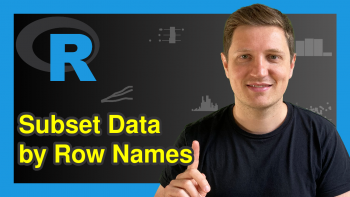 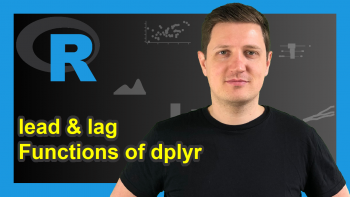