In this R tutorial you’ll learn how to deal with special characters in functions such as gsub, grepl, and gregexpr.

The previous output of the RStudio console shows that our example data object contains a random sequence of characters. Some of these characters are special characters such as $?[\.

The following R code explains how to manipulate special characters within a function.

For this example, we’ll use the gsub function. Please note that we could apply this logic to other types of functions that are taking character strings as input.

However, let’s try to replace the $ sign in our character string using the gsub function:

As you can see based on the previous output of the RStudio console, we have not replaced the $ sign. Instead, we have added our new character pattern at the end of the character string. That’s not what we wanted!

…the next R syntax replaces the question mark…

…and the following code replaces the square bracket:

We can use the previous type of R code for basically any special character. However, there is one exception… So keep on reading!

This example illustrates how to handle character backslashes within functions. First, let’s have a look at the following R code:

We have tried to use a double backslash before the character backslash that we wanted to replace. However, the RStudio console returned an error message.

Have a look at the previous output: We have replaced the character backslash by our new character pattern.

Would you like to know more about character strings in R? Then you may watch the following video that I have published on my YouTube channel. In the video, I show the topics of this tutorial.

Furthermore, you might have a look at the related articles on my homepage.

Summary: You have learned in this article how to handle special characters in R programming. If you have any additional questions or comments, let me know in the comments section. Furthermore, please subscribe to my email newsletter in order to get updates on new tutorials. 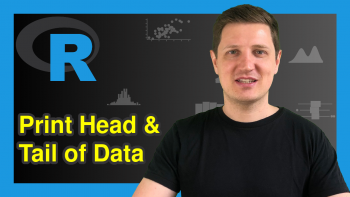 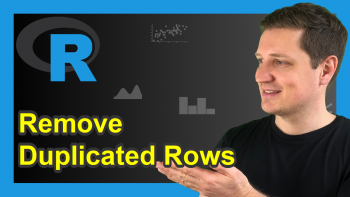