On this page, I’ll explain how to extract certain values from a vector with the nth, first, and last functions of the dplyr package in the R programming language.

The page will consist of four examples for the extraction of specific vector elements. To be more specific, the page looks as follows:

The examples of this R tutorial are based on the following vector:

Our example vector is a character vector and contains ten letters.

In order to be able to use the nth, first, and last functions, we also need to install and load the dplyr package to R:

Now, we can move on to the application of the functions…

Example 1 explains how to apply the nth function of the dplyr package. The nth function is used to extract a vector element somewhere in the middle of a vector.

Let’s assume that we want to extract the fifth element of our vector, then we can use the nth function as follows:

The RStudio console output is “e”, i.e. the fifth element of our example vector is the character “e”.

We can also use the nth function from the end of a vector. We simply have to put a minus sign in front of our position:

The character “h” is the third last value of our example vector.

The first function works similar as the nth function, but this R function returns just the first element of an input vector:

The first element of our vector is “a”.

The last command does the opposite as the first function: It returns the last element of a vector to the RStudio console:

The character “j” is the last entry of our vector.

To summarize: In this R tutorial you learned how to get the first, last, or nth value from a vector or array. In case you have any additional comments or questions, please let me know in the comments section. 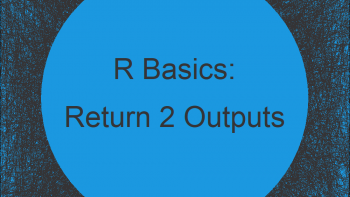 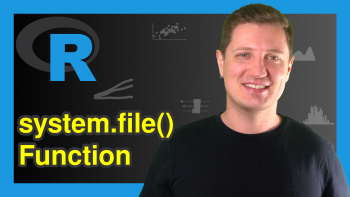