In this article, I’ll show how to get the number of characters in in each string data frame variables in the R programming language. 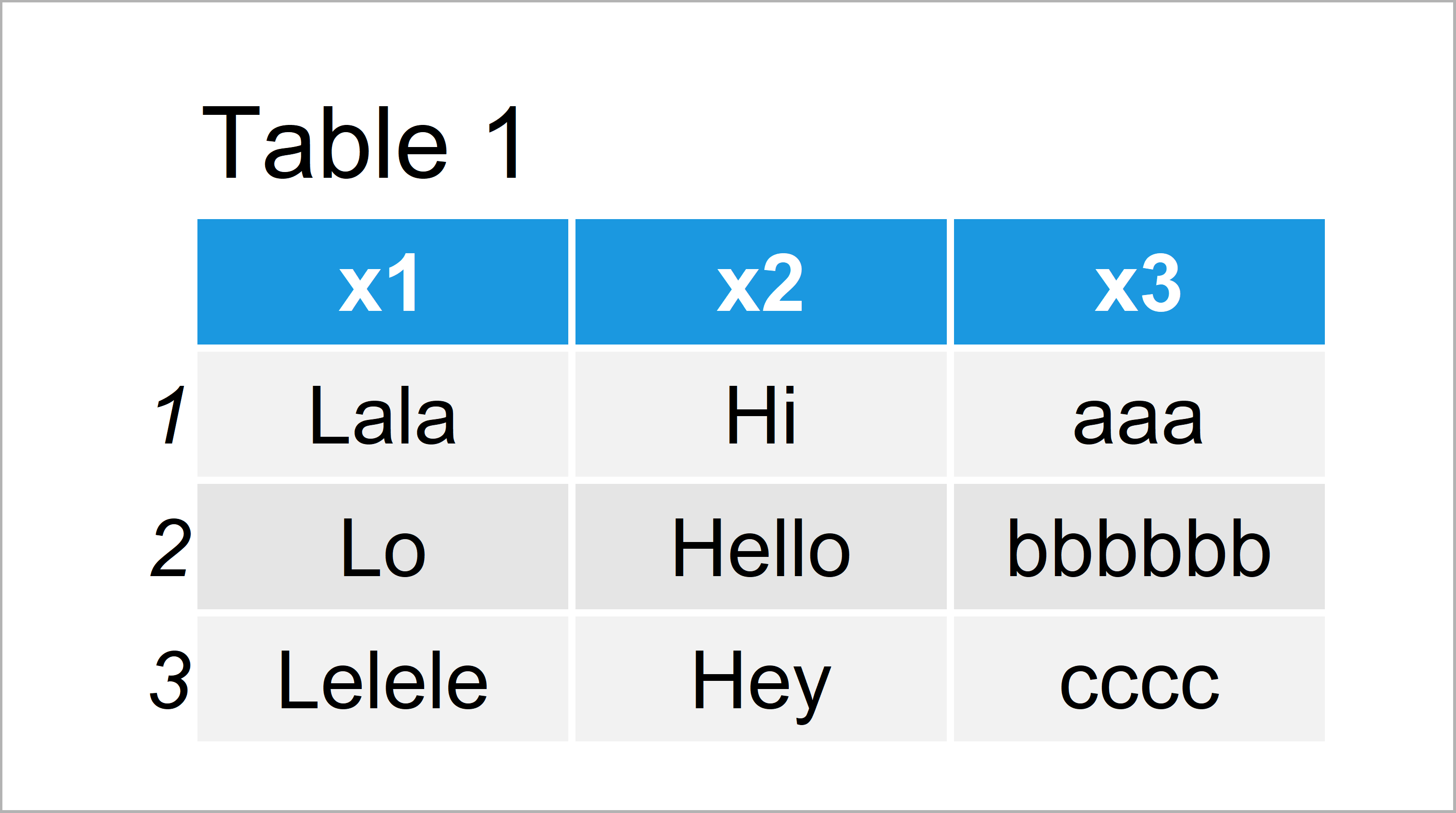 Have a look at the previous table. It shows that our example data is composed of three rows and three columns. All columns contain character strings with different length.

Example 1: Get Length of Character Strings in One Variable Using nchar() Function

The following R programming code shows how to get the number of characters in each character string of one specific data frame variable.

For this, we can use the nchar function as shown below:

Example 2: Get Length of Character Strings in All Variables Using apply() & nchar() Functions

Example 2 shows how to get the string length of each data frame cell by using the apply and nchar functions.

apply(data, 2, nchar) # Length of strings in all columns 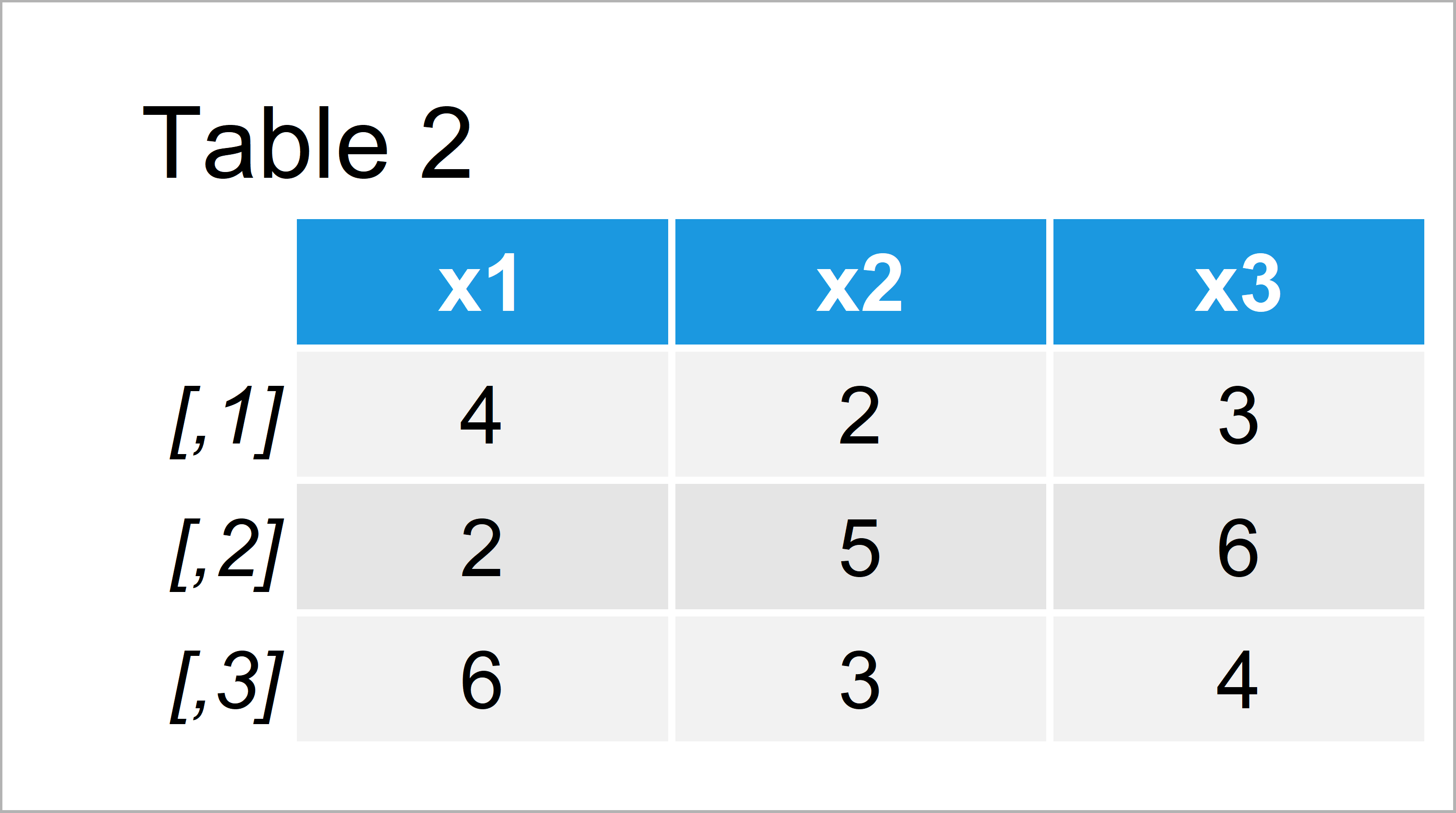 As shown in Table 2, we have created a matrix showing all character string counts by executing the previous R syntax.

The following syntax explains how to return only the maximum character string count in one specific column:

Of course, we can also apply other functions instead of max. Below, we return the minimum character string length in the column x1:

In this example, I’ll show how to return the max and min counting values in each column.

…and the minimum number of characters in each column like this:

Have a look at the following video of my YouTube channel. In the video, I’m explaining the R programming syntax of this tutorial:

Furthermore, you could have a look at the other articles of this website:

To summarize: In this tutorial, I have explained how to return the number of characters in a string in a data frame variable in R. In case you have further questions and/or comments, let me know in the comments section. In addition, please subscribe to my email newsletter in order to receive updates on new tutorials. 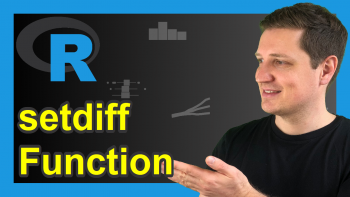 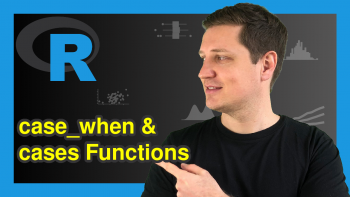