In this Python tutorial you’ll learn how to apply the functions of the pandas library.

To be able to use the functions and commands of the pandas library, we first need to import pandas:

After executing the previous syntax, we can apply the functions and commands that are provided by the pandas software package.

I’ll show some examples for this now!

Have a look at the following pandas example syntax: 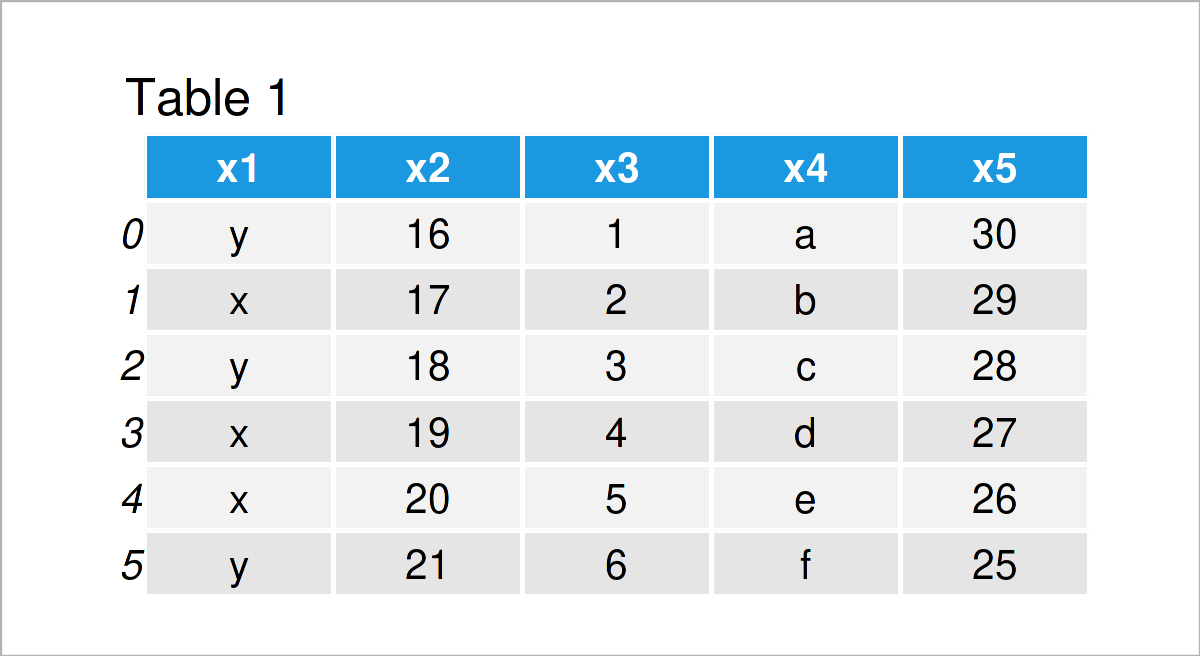 Next, I’ll show some examples on how to manipulate our pandas DataFrame in Python.

In Example 1, I’ll illustrate how to remove some of the rows from our data set based on a logical condition.

The Python code below keeps only the rows where the column x2 is smaller than 20:

In Table 2 it is shown that we have managed to create a new pandas DataFrame with fewer rows by executing the previous Python code.

Example 2 demonstrates how to drop a column from a pandas DataFrame.

To achieve this, we can use the drop function as shown below: 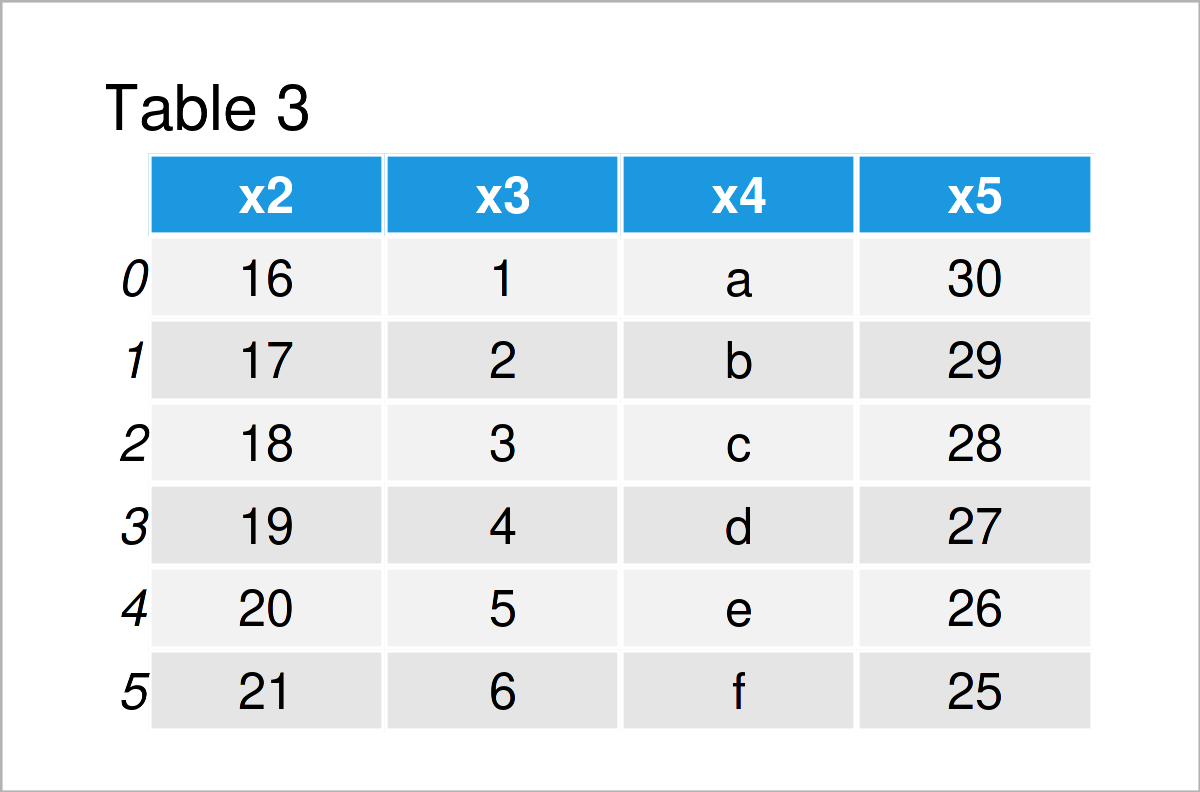 As shown in Table 3, the previous Python programming syntax has created another pandas DataFrame where the column x1 was dropped.

This example syntax shows how to calculate the median of the variable x5:

Do you need more information on the content of this tutorial? Then I recommend watching the following video on my YouTube channel. In the video, I explain the topics of this tutorial.

In this Python tutorial you have learned how to use the functions of the pandas library. Let me know in the comments section, if you have further questions or comments. Furthermore, don’t forget to subscribe to my email newsletter in order to receive updates on new articles. 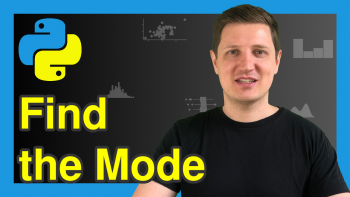 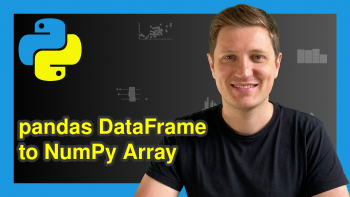