In this tutorial you’ll learn how to merge the columns of two matrices in R. 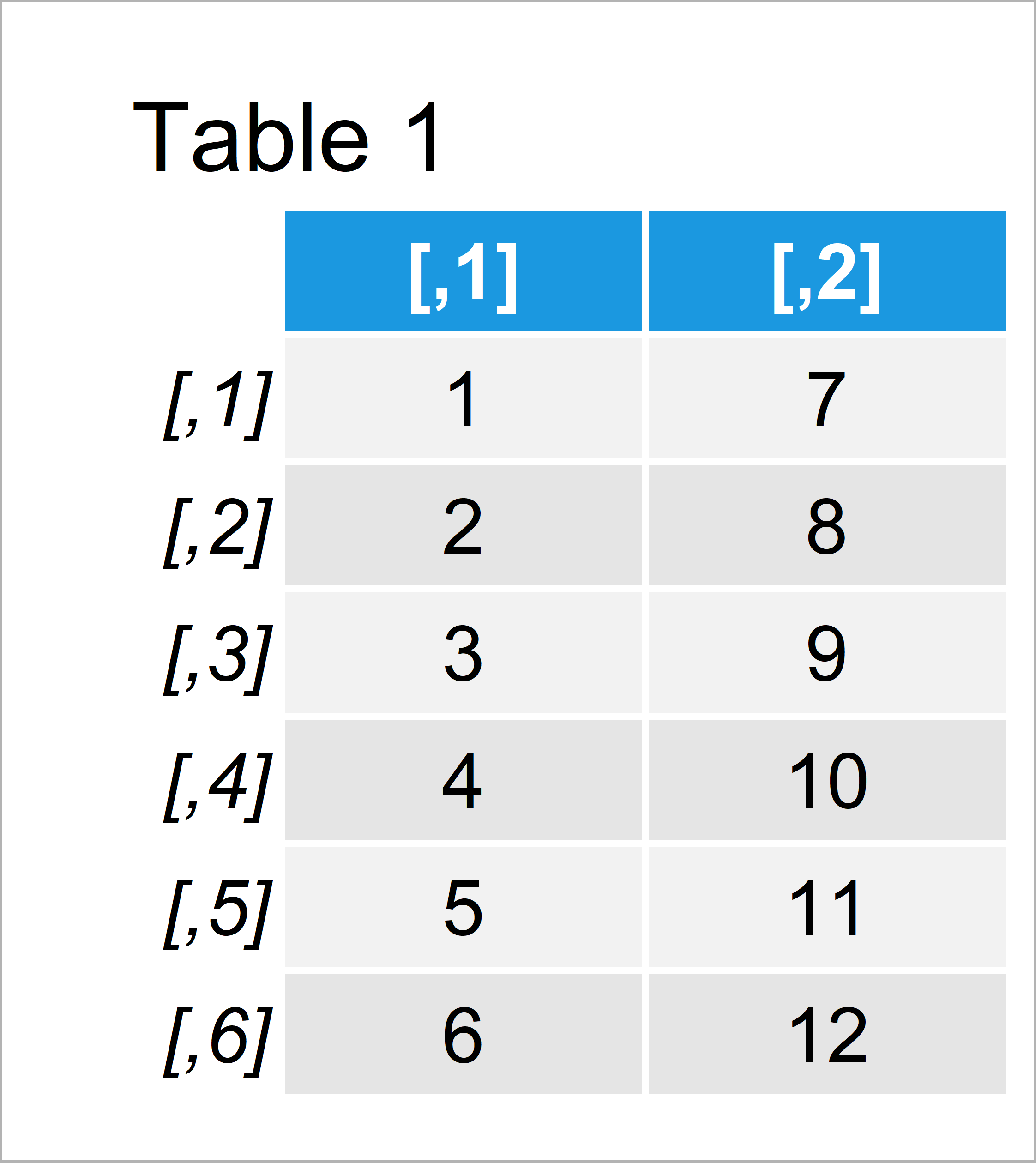 Table 1 visualizes the output of the RStudio console and shows that our first example matrix has six rows and two columns. 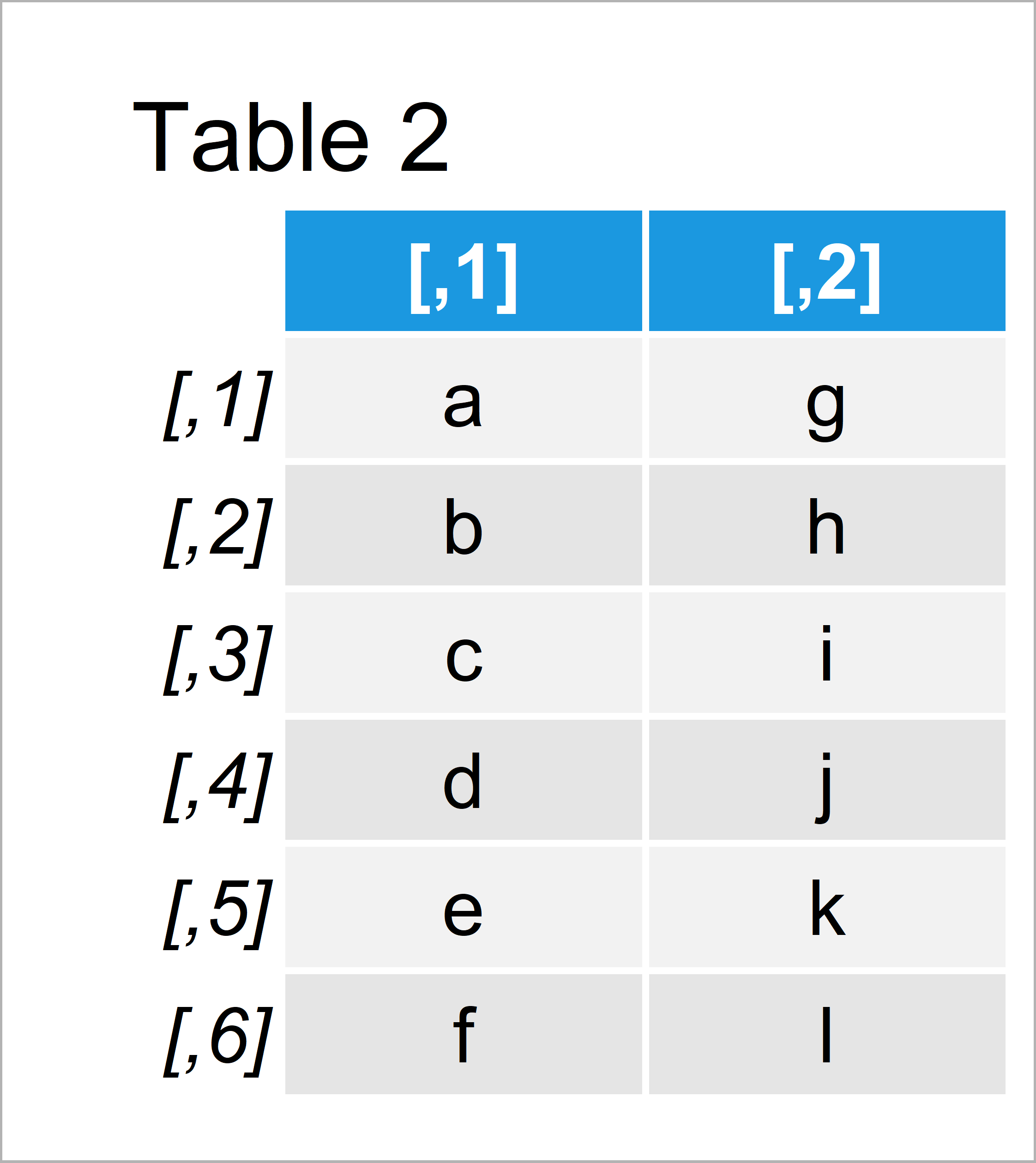 Table 2 shows the output of the previous R programming syntax – A second example matrix with six rows and two variables.

In Example 1, I’ll show how to join our two matrices using the data.frame function in R. 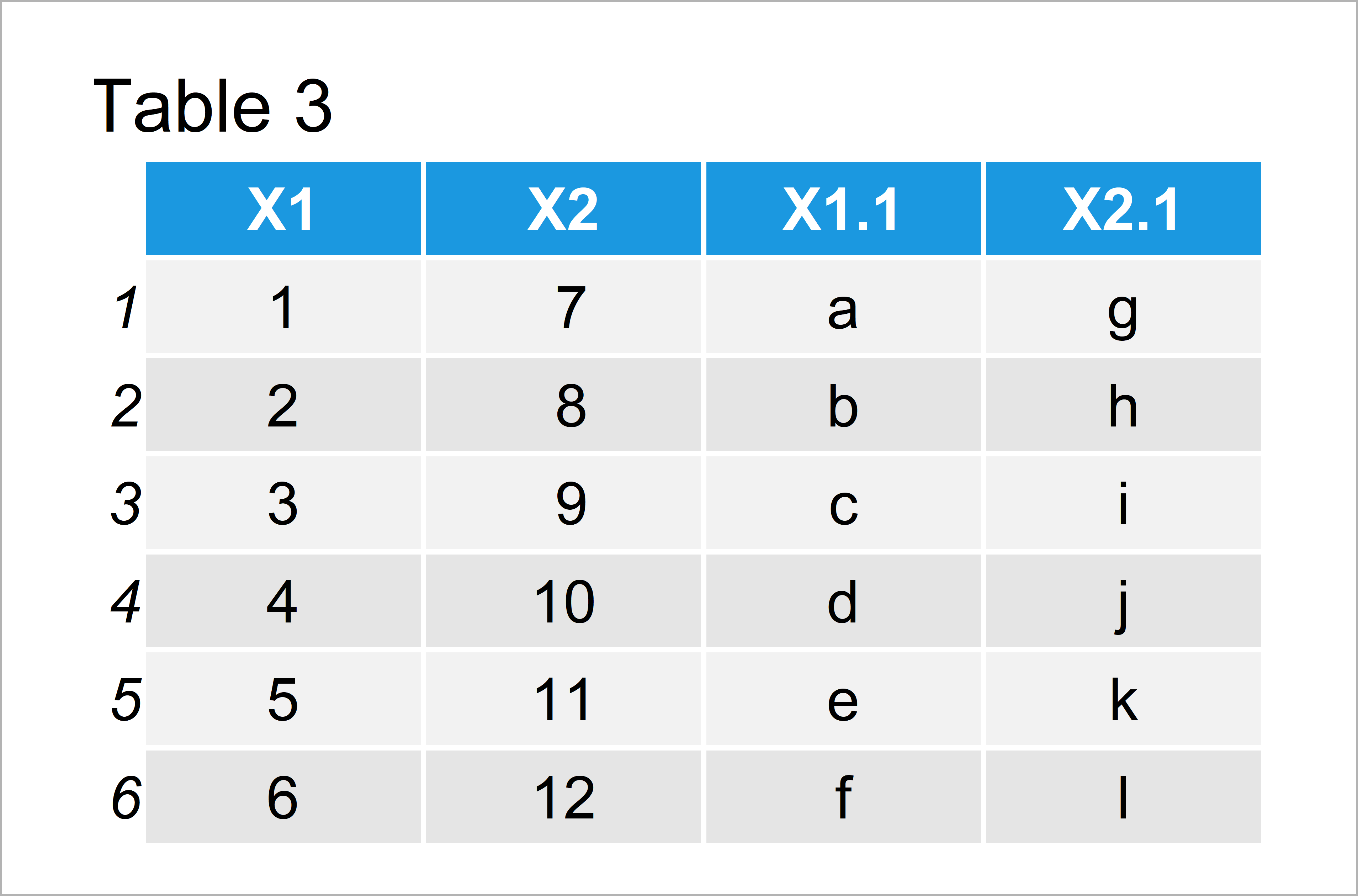 As shown in Table 3, we have created a data table containing the columns of our matrices mat1 and mat2.

Note that this data object has the data.frame class. Next; I’ll show how to convert this data frame back to the matrix class.

This example explains how to apply the as.matrix function to convert our data frame to the matrix data type: 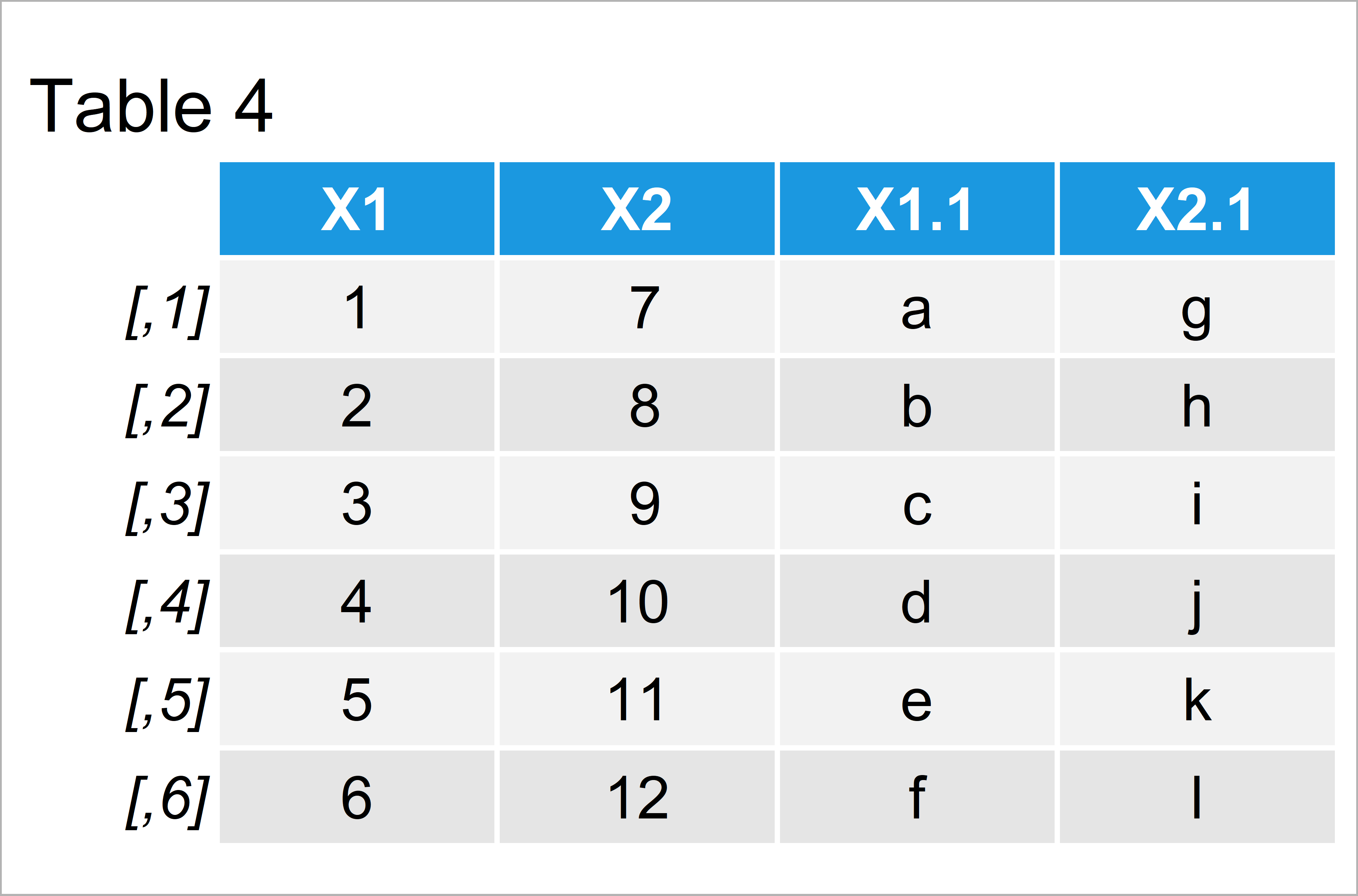 As shown in Table 4, the previous R syntax has created a matrix consisting of our two input matrices mat1 and mat2.

To summarize: In this tutorial you have learned how to join two matrix objects in the R programming language. Don’t hesitate to let me know in the comments section, if you have further questions. 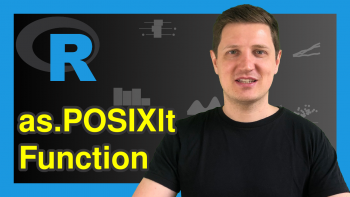 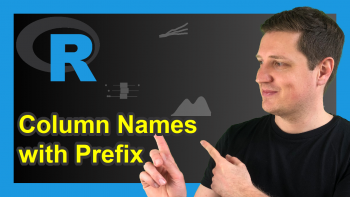