This article explains how to compute an Interquartile Range (IQR) in the R programming language.

The tutorial is mainly based on the IQR() R function. So let’s have a look at the basic R syntax and the definition of IQR() first:

The IQR function computes the Interquartile Range of a numeric input vector.

In the following article, I’ll explain in two examples how to use the IQR function in R.

For the first example, I’m going to use the mtcars data set. The data can be loaded to R as follows:

Let’s assume that we want to know the IQR of the first column mpg. Then we can use the following R code:

As you can see based on the RStudio console output, the IQR of the mpg column is 7.375.

The occurrence of NA values is a typical problem when the IQR is calculated in R. I’ll show you the problem in practice…

Now, let’s try to compute the IQR of this vector as we did in Example 1:

ERROR! We are not able to calculate the IQR while our data contains NAs.

Fortunately, the R programming language provides an easy solution for this problem. We simply have to specify na.rm = TRUE within the IQR command. Let’s do this:

As you can see, the RStudio console now returns the IQR of our example vector (i.e. 4.5).

In case you need more explanations on the code of this page, you may check out the following YouTube video on the Statistics Globe YouTube channel. It explains the syntax of this article in some more detail:

So far, this tutorial explained how to compute the Interquartile Range in R. As you have seen, it’s very easy to use the R programming language as an IQR calculator.

However, if you want to learn more about the theoretical research concept and the statistical interpretation of the IQR rule, you might have a look at the following YouTube video of the Khan Academy:

Furthermore, you could have a look at the other R tutorials on my website. Some interesting tutorials can be found below:

In summary: I hope you know at this point how to compute and interpret the Interquartile Range. In case you have any comments or questions, don’t hesitate to let me know in the comments section below. 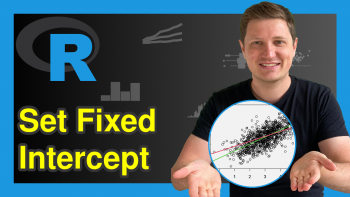 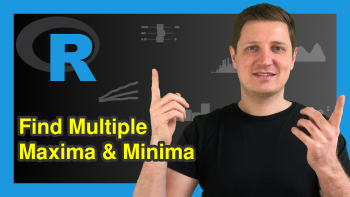