This tutorial shows how to return certain list elements using indices in the R programming language.

As you can see based on the previous output of the RStudio console, our example data is a list with three list items.

In Example 1, I’ll illustrate how to get an entire list element using double square brackets (i.e. “[[]]”).

The following R code returns the second element of our list, i.e. the data frame shown in Table 1: 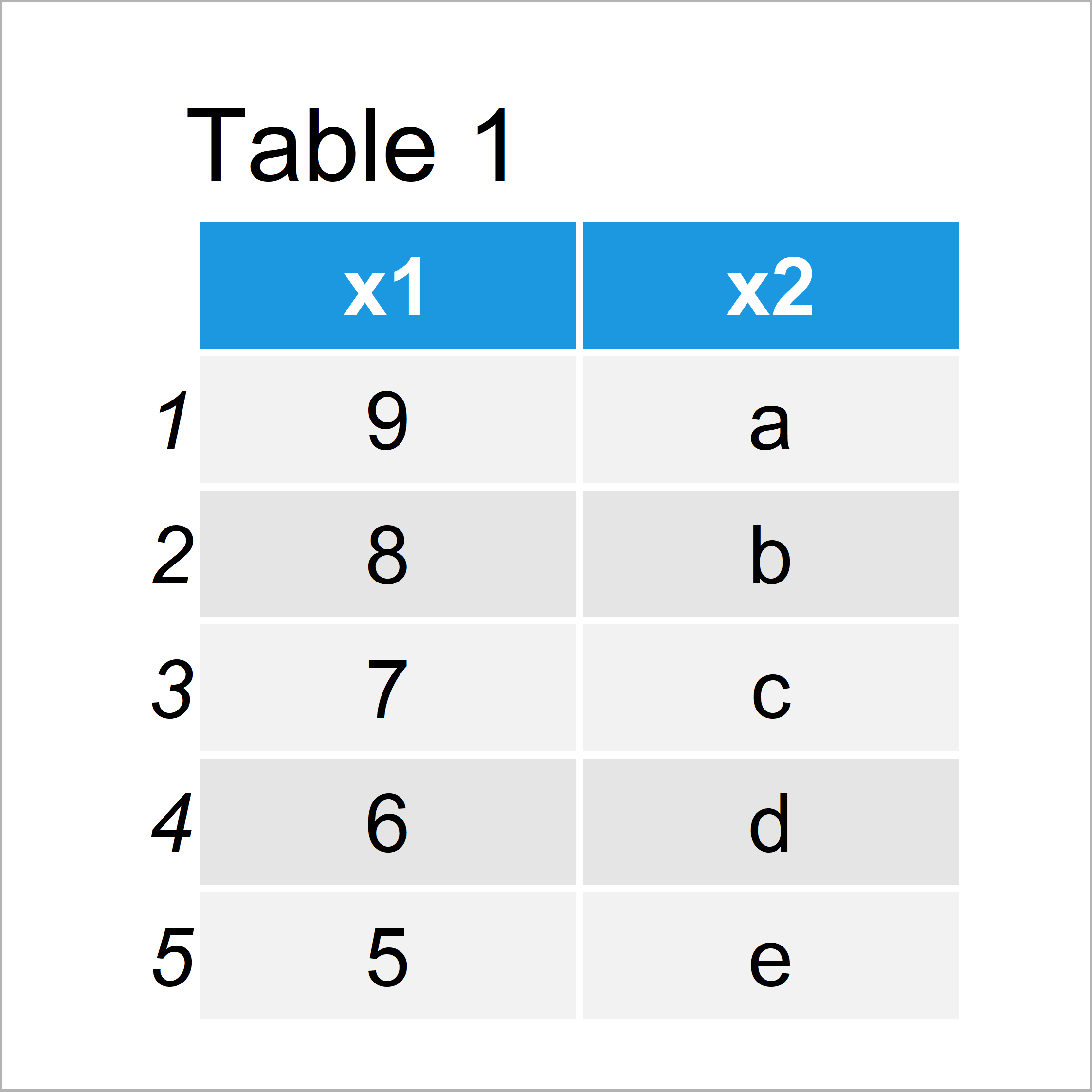 In Example 2, I’ll illustrate how to return an element contained in a sub-element of our list.

The following R code extracts the value in the third row and second column of the data frame stored as second list element:

This example shows how to extract values from a nested list in R.

Have a look at the following video which I have published on my YouTube channel. In the video, I illustrate the R code of this tutorial:

Furthermore, you may want to read some of the other tutorials of my website.

To summarize: At this point you should know how to extract a list element based on an index in the R programming language. In case you have additional comments or questions, don’t hesitate to let me know in the comments section.