This tutorial explains how to avoid any else output when using the ifelse function in R programming.

We’ll use the following data as a basement for this R programming tutorial: 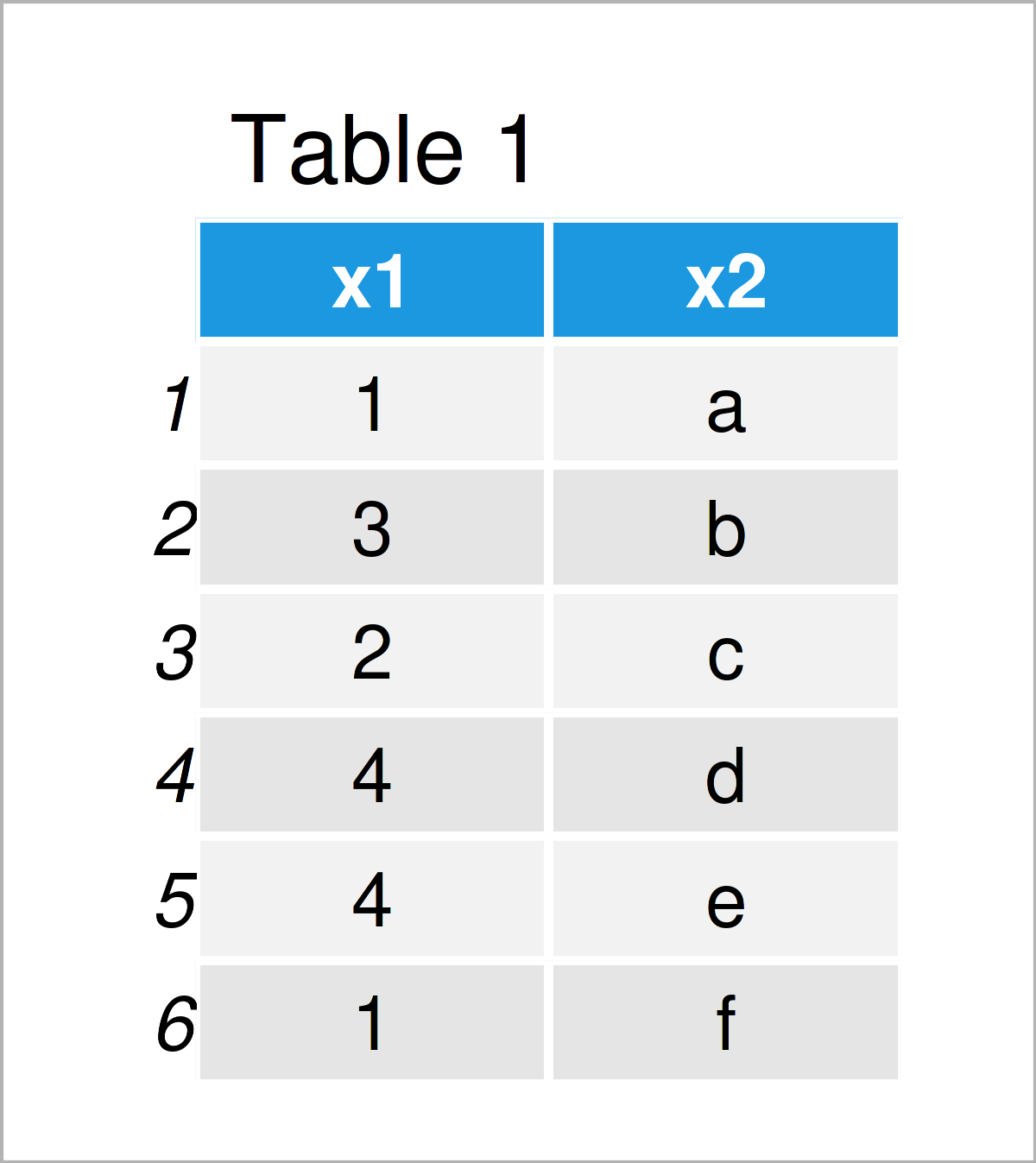 As you can see based on Table 1, our example data is a data frame consisting of six rows and two columns.

This example shows the regular application of the ifelse function.

Let’s first create a duplicate of our example data frame, so that we can keep an original version of the input data:

Next, we can apply the ifelse function using a logical condition based on the column x1 of our data frame:

Let’s have a look at the updated data: 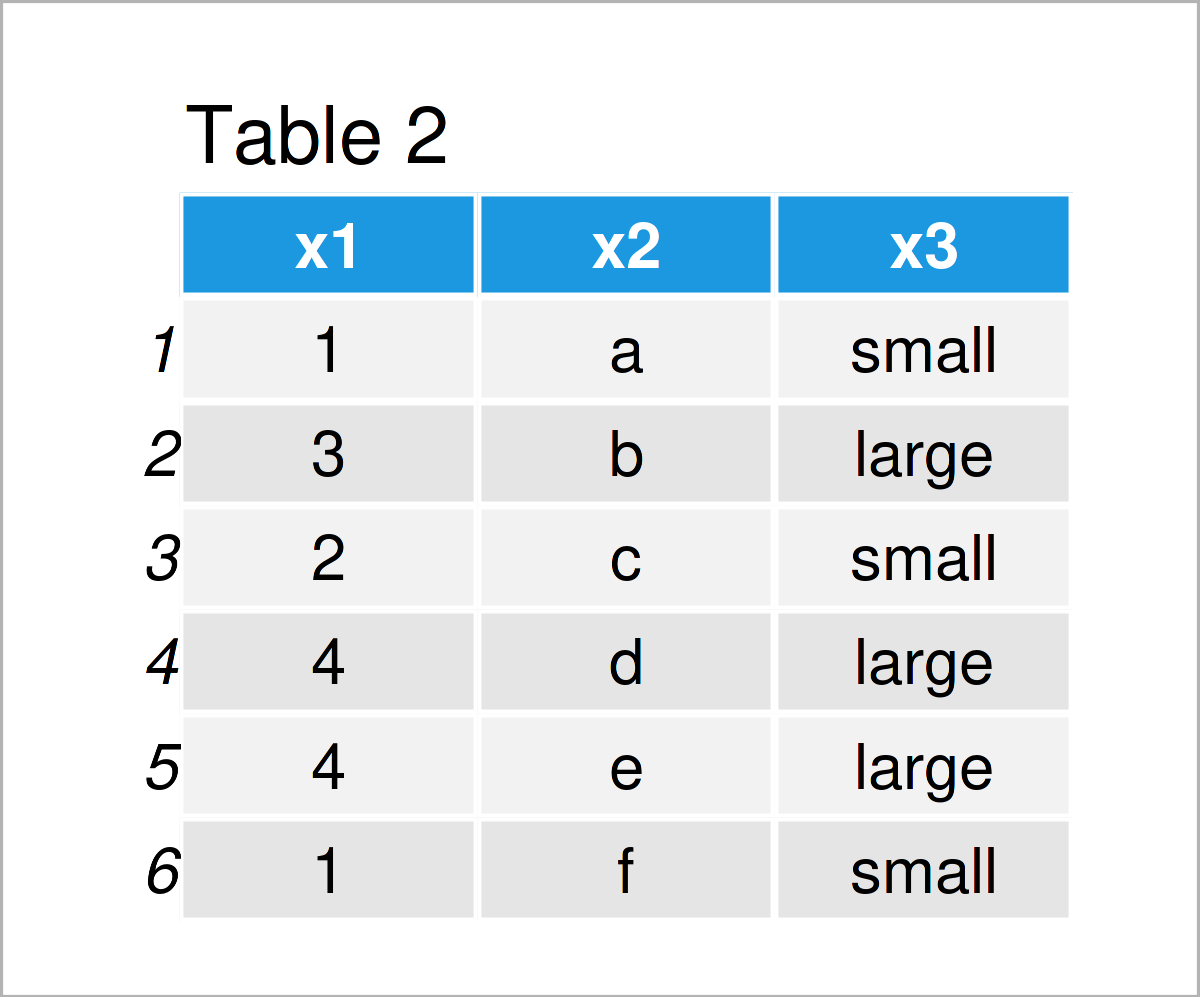 Let’s avoid the else output when using the ifelse function!

Example 2: Only Change Value if ifelse() Condition is TRUE

The syntax below demonstrates how to keep the input value of an ifelse statement whenever the logical condition is not TRUE.

Next, let’s have a look at the result: 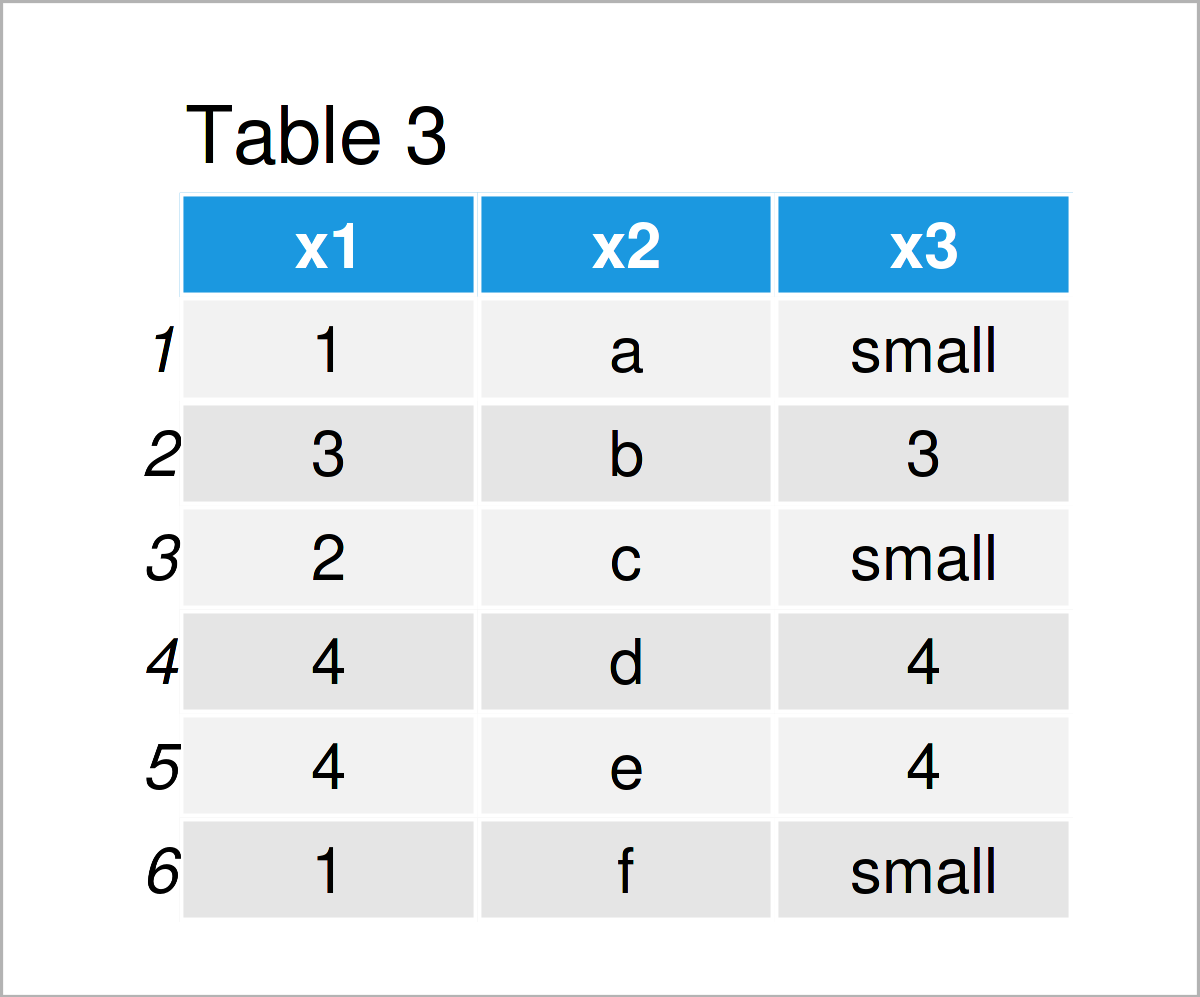 The output of the previous R programming syntax is shown in Table 3: We have added a new column called x3 which contains the character string “small” for the smaller values in x1, and the value of x1 in case of the larger values.

We can also create conditional outputs without even using the ifelse function. This example explains how to create a new variable conditionally.

First, let’s create a duplicate of our input data:

Next, we can create an empty column that contains only NA values:

In the next step, we can replace all NA values by the character string “small” that follow a certain logical condition: 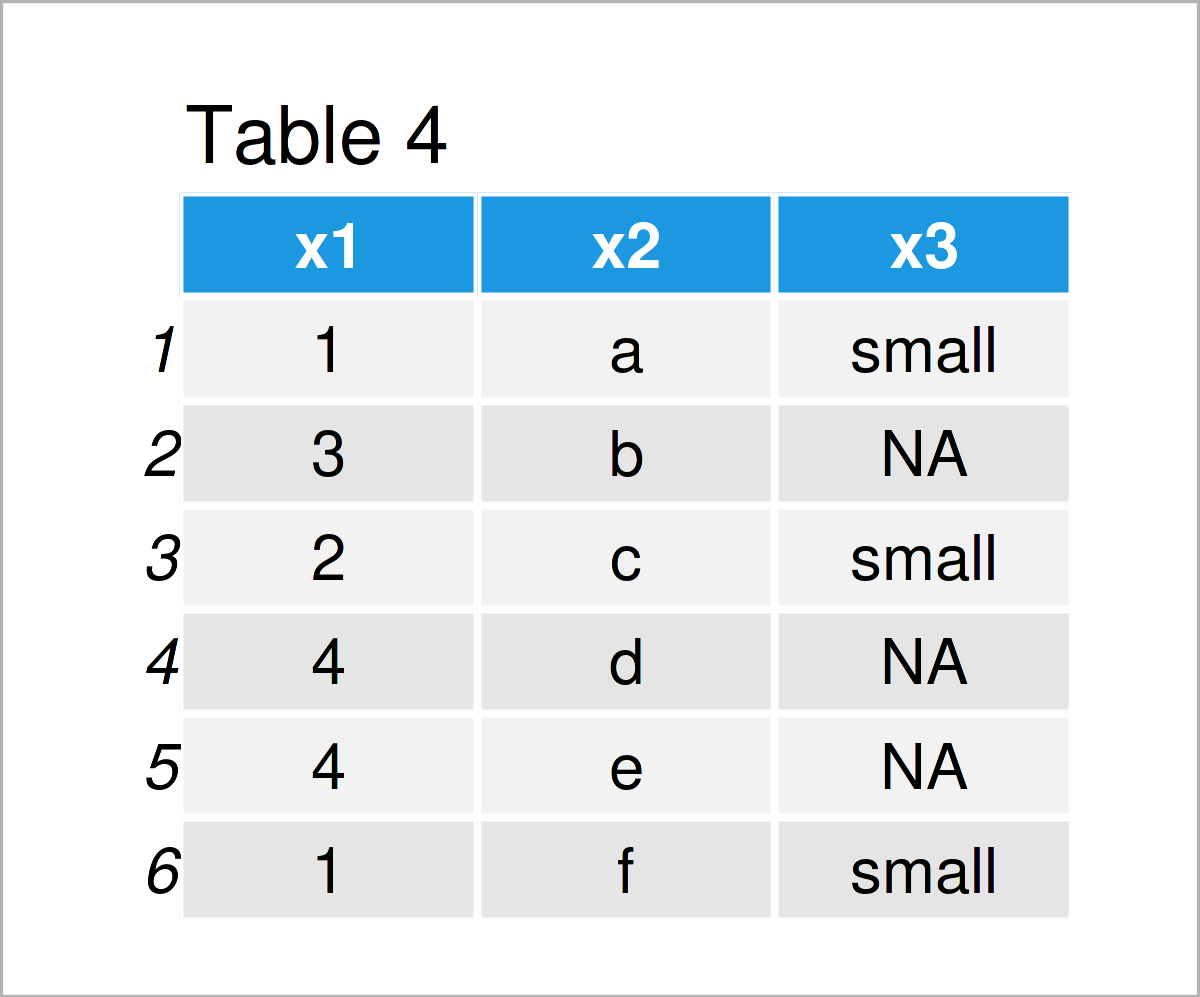 As you can see in Table 4, we have created another data frame by executing the previous R syntax. This time, we have not used the ifelse function to create a new data frame column.

In this example, I’ll show another alternative to the ifelse function. More precisely, we are using a for-loop and a nested if-statement.

As in Example 3, we also have to create an empty column:

Now, we can iterate over the rows of our data frame using a for-loop and an if-statement:

Have a look at our updated data frame: 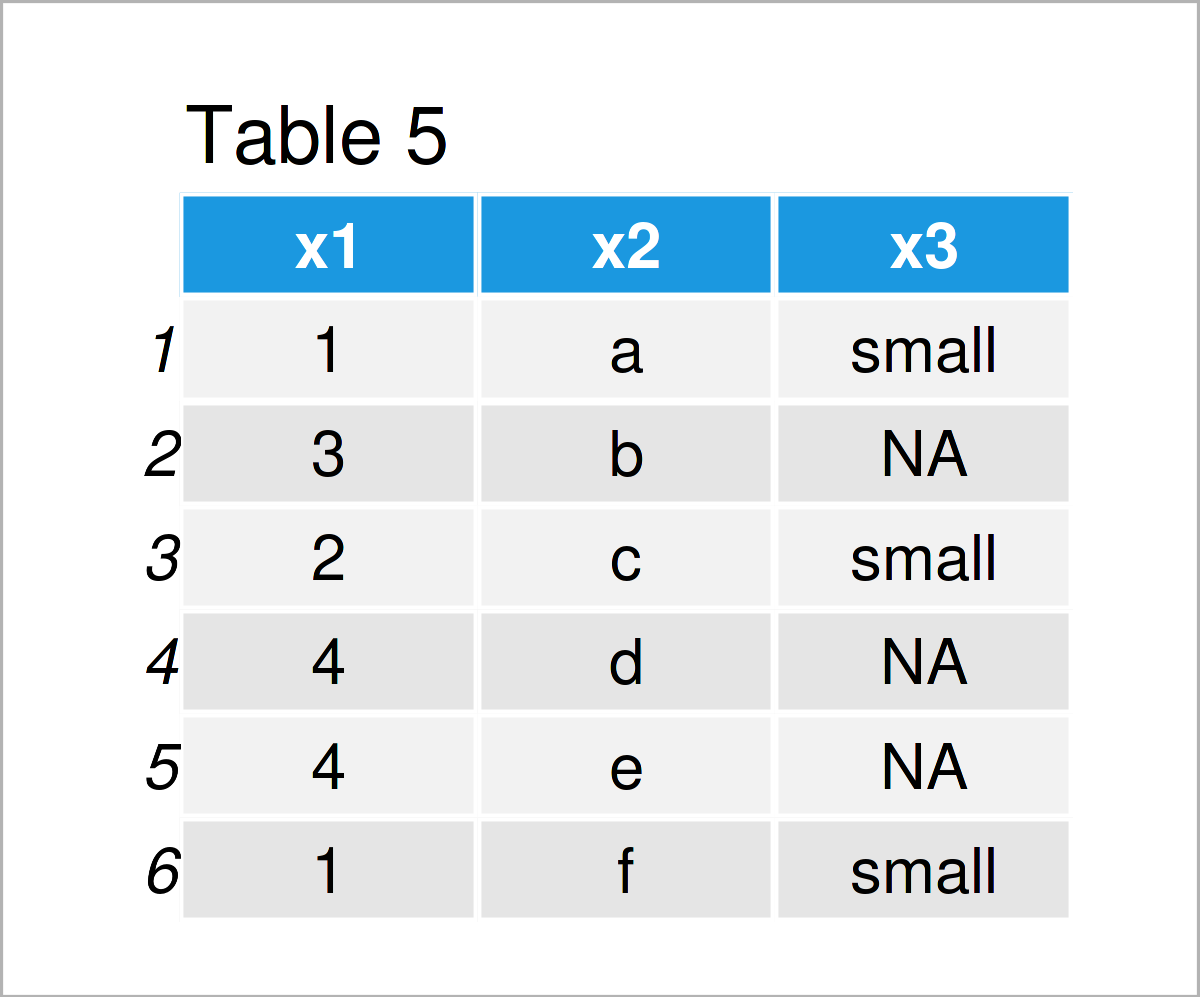 By running the previous R programming code, we have created Table 5, i.e. the same data frame output as in Example 3. However, this time we have used a loop and an if-statement to produce our result.

I have recently released a video on the Statistics Globe YouTube channel, which shows the R programming syntax of this tutorial. Please find the video below:

Summary: At this point you should have learned how to drop the else output when using the ifelse command in the R programming language. Please let me know in the comments section, in case you have any further questions. Furthermore, please subscribe to my email newsletter in order to get updates on the newest tutorials. 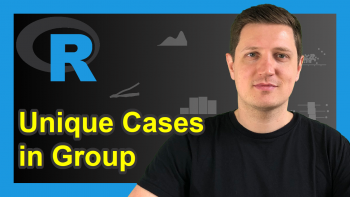 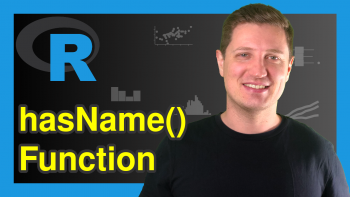