In this tutorial, I’ll illustrate how to return not only the last value of a for-loop in the R programming language.

1) Example 1: Why for-Loop Only Returns Last Value
2) Example 2: Save for-Loop Output of Each Iteration in Vector
3) Video & Further Resources

You’re here for the answer, so let’s get straight to the exemplifying R syntax.

Example 1 shows the problem: Why is a for-loop only returning the output of the last iteration? Have a look at the following R code:

As you can see based on the following output of the RStudio console, we created a data object containing only the value created by the last iteration of the loop:

Next, I’ll show how to fix this issue…

Example 2: Save for-Loop Output of Each Iteration in Vector

This Example illustrates how to save the entire output of a for-loop in a vector object. First, we have to create an empty vector, in which we will store the output of our for-loop later on:

Now, we can append the output of each for-loop iteration to this vector using the c() function in R:

Let’s have a look at our output:

If you need further explanations on the R programming code of this article, you could watch the following video of my YouTube channel. I explain the R syntax of this tutorial in the video.

Furthermore, you might read the other posts of this homepage.

In summary: In this R programming post you learned how to return the entire output of a for-loop. If you have additional questions, please tell me about it in the comments below. 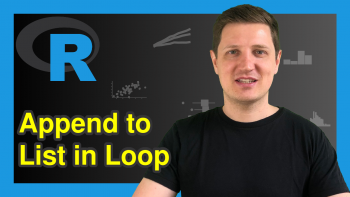 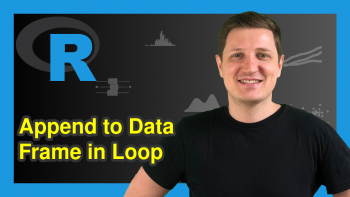