In this tutorial, I’ll show how to access a particular element of a data frame in R.

So without further ado, let’s do this: 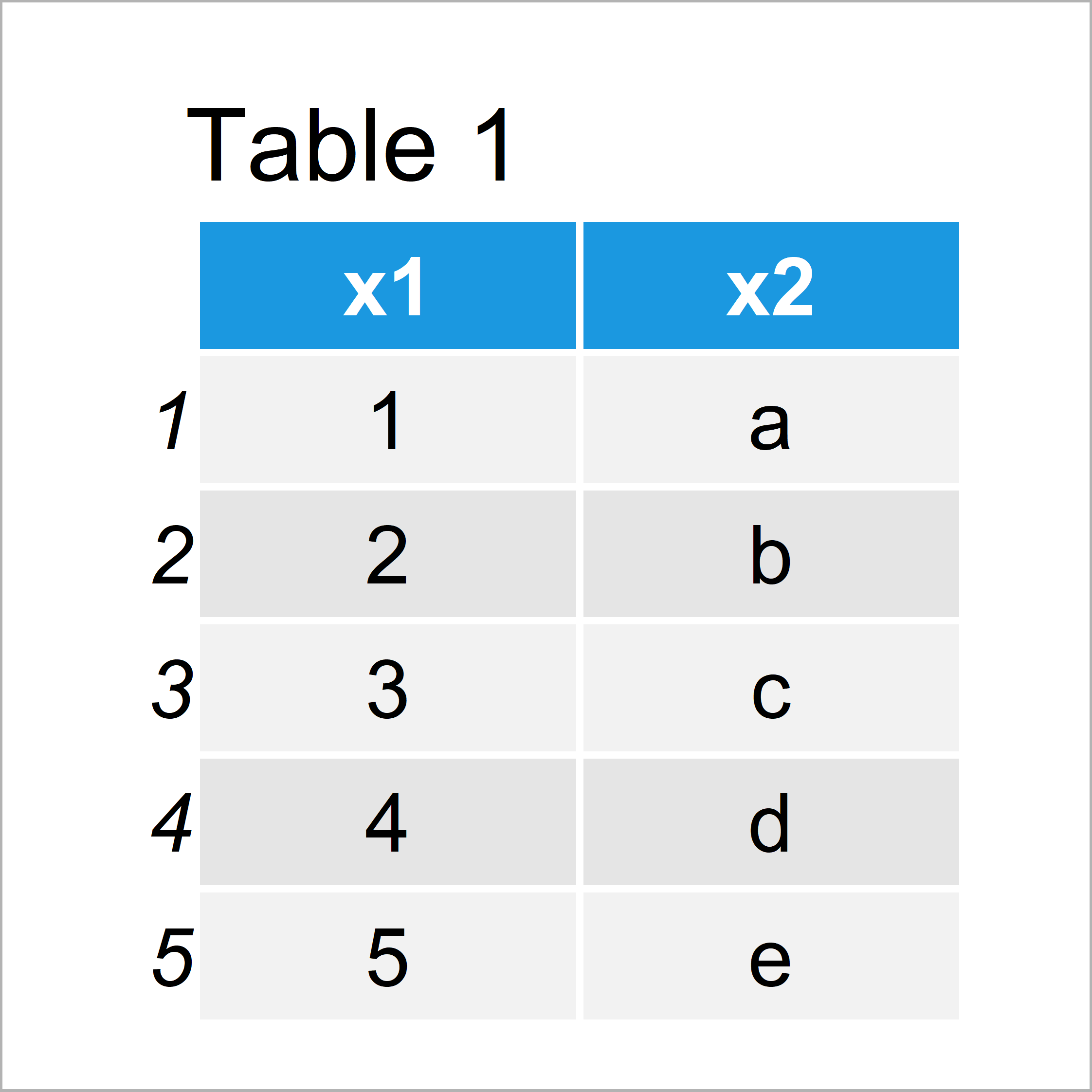 The previous table shows that our example data consists of five rows and two columns.

In Example 1, I’ll explain how to return only one element from a data matrix using row indices and variable names.

The RStudio console returns the value “c”, i.e. the third element of the variable x2.

In Example 2, I’ll illustrate how to use row and column indices to access a specific element of a data table.

Have a look at the following code:

The output is the same as in Example 1. However, this time we have used the column index instead of the variable name.

I have recently published a video on my YouTube channel, which illustrates the topics of this tutorial. You can find the video below.

In this tutorial, I have illustrated how to return a certain data frame element in R programming. Please let me know in the comments section, if you have any further comments or questions.