In the following, we show you how to do create a list of vectors with the Rcpp package in R.

The structure is as follows:

First, we need to load the Rcpp package to be able to use C++ code in R.

We create three example vectors x, y, and z, which we want to combine to a list.

You probably know from your experience with R that we can create unnamed lists and named lists. We show you an example of an unnamed and a named list of vectors x, y, and z in R below. With the example, you can also see that a list can take elements of different forms, types, and sizes.

Like we did in R before, we can create an unnamed list of the three vectors in Rcpp with the function below.

Alternatively, we can also create a Rcpp list where we explicitly name the list elements “a”, “b”, and “c”, as shown in the function below.

For more information on Rcpp, we recommend you to take a look at the official Rcpp homepage here. Furthermore, on the CRAN page of Rcpp, which you can find here, you can find some useful additional references.

On https://statisticsglobe.com/, we have many more blog posts which you might want to look at:

We showed you how to create a list of vectors in Rcpp. If you have questions or comments, get in contact with us using the comment section below. 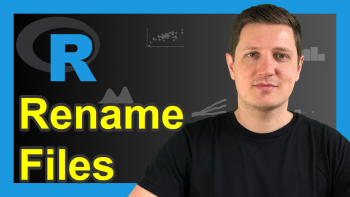 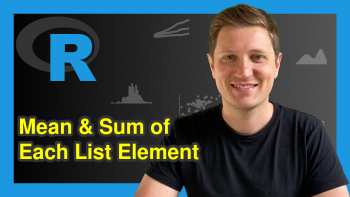 Apply Function to Each List Element in R (3 Examples)