In this article, I’ll illustrate how to create a days of week column in a pandas DataFrame in the Python programming language.

The table of contents is:

In the example, we will need the datetime module and the pandas library, so let’s start with loading them.

The following data is used as the example data for this tutorial:

Have a look at the previously shown output of the Python console. It shows that our example DataFrame is composed of a single column of datetime objects.

The following Python syntax illustrates how to add columns for weekday names and numbers. Here we use DataFrame.apply() function to do the operations on the DataFrame. In this case, we will use it to apply the strftime() and weekday() functions.

The strftime() function is generally used for formatting purposes, in addition to that, it returns the name of the weekday which we will utilize in this example. The weekday() function is used to get the weekday number of a datetime object.

Do you want to know more about the adding a day of week column in pandas DataFrame? Then you might want to have a look at the following video instruction on my YouTube channel. I demonstrate the topics of this article in the video:

Furthermore, you could have a look at the other articles that I have published on my website. Some posts can be found below:

You have learned in this article how to generate a days of week column in pandas DataFrame in the Python programming language. Please let me know in the comments, if you have further comments and/or questions. 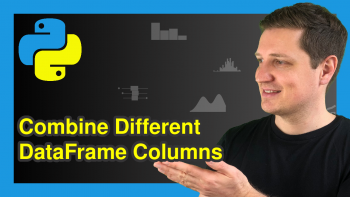 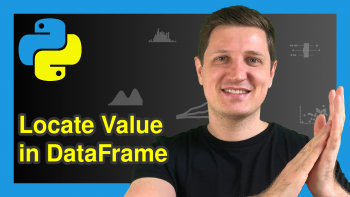