In this Python tutorial you’ll learn how to convert timedelta objects to datetime objects.

The tutorial consists of one example for illustrating the transformation from timedelta objects to datetime objects. The content of the tutorial is structured as follows:

So now is the part you have been waiting for!

For this example, we need to import the datetime module and define a timedelta object, which is td in this case.

As seen in the previous output, td is formatted by the print() function automatically.

Since timedelta objects refer to the diffference between two datetime objects, we need another datetime object as a reference. It is defined under the name dt_origin as follows.

Now we are ready to implement the conversion!

Have a look at the following video on my YouTube channel. In the video, I demonstrate the Python codes of this article.

In addition, you may have a look at some of the other tutorials on statisticsglobe.com:

At this point you should have learned how to create datetime objects from timedelta objects in Python. Let me know in the comments, in case you have any further questions.

This page was created in collaboration with Ömer Ekiz. Have a look at Ömer’s author page to get more information about his professional background, a list of all his tutorials, as well as an overview on his other tasks on Statistics Globe. 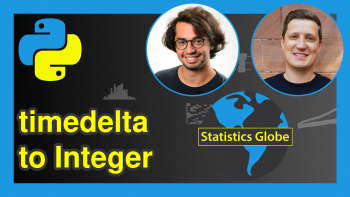 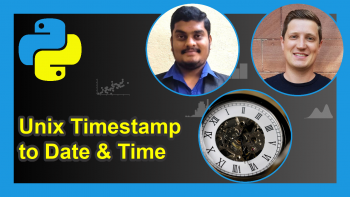