In this tutorial, I’ll show how to replace logicals by a 0/1 dummy indicator in the R programming language.

This example shows how to create a dummy vector based on a logical vector using the R programming language.

First, we have to create a logical vector in R:

The previous output of the RStudio console shows the structure of our logical variable. It is a sequence with a length of six containing TRUE and FALSE values.

If we want to convert this logical data object to a numeric 0/1 dummy, we can use the as.numeric function as shown below:

The previous output of the RStudio console shows our final result – A 0/1 dummy indicator.

Please note that we could apply the same R code to a data frame column instead of a vector object.

However, in the next example I want to show you a typical problem when dealing with logical values. So keep on reading!

A common issue with logical values is that the TRUE/FALSE values does not have the logical class, but the character class.

This is a problem that often occurs when you import data from an Excel or CSV file to R.

In this example, I’ll illustrate how to handle this problem in R.

First, we have to create another example vector:

Have a look at the previous output: You can see based on the quotes, that our new example variable has the character class.

The class function confirms our first guess: Our example vector has the character data type.

Now, we are dealing with a real logical object.

In the next step, we can apply the as.numeric function as we already did in the first example:

The final output is the same dummy indicator as in Example 1.

If you need further info on the R programming syntax of this tutorial, you might want to watch the following video which I have published on my YouTube channel. In the video instruction, I show the content of this post in RStudio:

Furthermore, you might have a look at some of the other articles on my website. You can find some posts below:

To summarize: In this R programming tutorial you have learned how to convert a logical data object to a dummy vector. In case you have additional questions, let me know in the comments section. 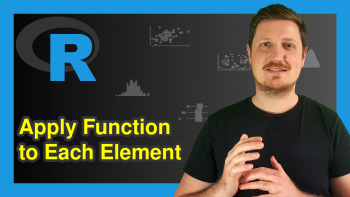 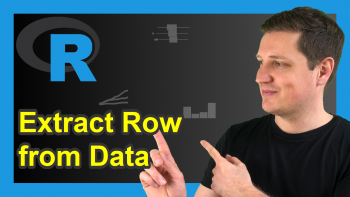