In this tutorial, I’ll demonstrate how to find odd and even numbers in the R programming language.

The following data is used as a basis for this R programming language tutorial:

The previous output of the RStudio console shows that our example data is a vector object containing five different integer values (i.e. a range from 1 to 5).

Example 1: Find Even Numbers in Vector

Example 1 explains how to get all even elements of a vector object.

For this task, we can use the %% and == operators as shown below:

The previous syntax has created a new logical data object called x_logical, which identifies the even and odd numbers in our vector object.

We can now use this logical indicator to subset our vector object x:

The previous R syntax has returned the values 2 and 4, i.e. the even numbers in our data.

Similar to Example 1, we can also extract the odd numbers from a data object.

For this task, we have to specify the ! operator in front of the logical indicator:

The previous R code has selected only the odd values in our vector.

Have a look at the following video instruction which I have published on the Statistics Globe YouTube channel. I’m explaining the R programming syntax of this tutorial in the video.

Furthermore, you may have a look at the related articles that I have published on this website. Some articles about similar topics such as numeric values, extracting data, and dates are listed below.

This tutorial has illustrated how to check for odd and even numbers in R programming.

Note that we have shown an example based on a vector object in the present tutorial. However, we could apply the same type of syntax to return odd and even values from a data frame column.

Let me know in the comments below, in case you have additional questions. 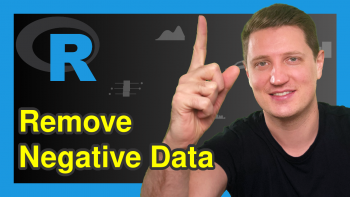 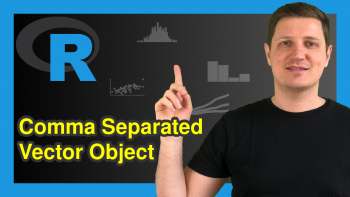