In this tutorial you’ll learn how to add new columns and rows within loops in the R programming language.

As a first step, we’ll have to define some data that we can use in the examples below:

Have a look at the previous output of the RStudio console. It shows that our example data frame consists of five rows and three columns.

In Example 1, I’ll show how to append a new variable to a data frame in a for-loop in R. Have a look at the following R code:

Within the for-loop we have performed three steps: First, we have created a vector object containing the values that we wanted to add as column to our data frame. Second, we added the new column ad the end of our data frame. Third, we renamed our new column (this step is optional).

Let’s have a look at the final output:

As you can see based on the previous output of the RStudio console, we added three new variables to our data matrix.

In this Example, I’ll explain how to append new rows to a data frame in a for-loop in R. Similar to Example 1, we have to create a vector object that we want to add as new row and we have to append this vector at the bottom of our data frame:

As you can see in the following output, we have appended two new rows to our data table:

Now that we could apply the same logic if we want to append a new column or row to a data frame within a while-loop or a repeat-loop.

Do you need more explanations on the R code of this tutorial? Then you might watch the following video of my YouTube channel. I show the contents of this tutorial in the video:

In addition, you might read the other posts which I have published on this website. I have released numerous articles already.

In this tutorial you learned how to append a new variable or row to a data frame in the R programming language. In case you have further questions, don’t hesitate to tell me about it in the comments section below. 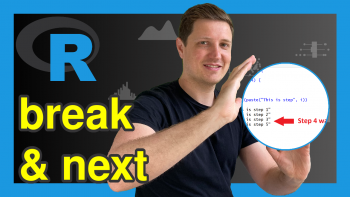 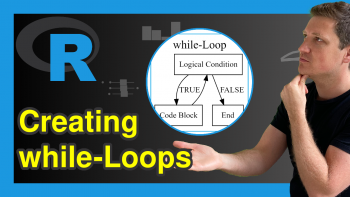