In this Python tutorial you’ll learn how to access the index of an element in a Python list.

The page consists of the following topics:

1) Example Data
2) Example 1: Finding the Index of an Element in a List
3) Example 2: Finding all Indices of a Repeated Element in the List
4) Video & Further Resources

So let’s get started…

The following data will be used as a basis for this Python programming tutorial.

Example 1: Finding the Index of an Element in a List

In this example, I’ll demonstrate how to find the index of the element “Statistics” in the list. To achieve this, we can use the index() method of the list module.

print(sample_list.index("Statistics")) # getting and printing the index of "Statistics" # 8

Since the index values start from 0 in Python programming, the ninth element in the list has an index value of 8.

Example 2: Finding all Indices of a Repeated Element in the List

Thus, if we use the function on the sample_list we get the following output.

Then, we can use another loop to iterate through the entire list and store the indices of the value that we are searching for. If we wanted to search for the word “Globe”, then it would be as follows.

Here, the for loop iterates through every tuple of the enumerated list and assigns the index to ‘i’ and the value to ‘x’ at each round. Afterwards, the value is checked if it is “Globe” and if there is a match, the indices are stored in the resulting list.

Do you need more explanations on the examples of this tutorial? Then you might want to have a look at the following video instruction on my YouTube channel. I’m explaining the Python programming codes of this tutorial in the video:

Furthermore, you may have a look at the other Python articles which I have published on my website.

At this point you should know how to get the index of an element in a list in Python programming. Let me know in the comments if you have further questions.

This page was created in collaboration with Ömer Ekiz. Have a look at Ömer’s author page to get more information about his professional background, a list of all his tutorials, as well as an overview on his other tasks on Statistics Globe. 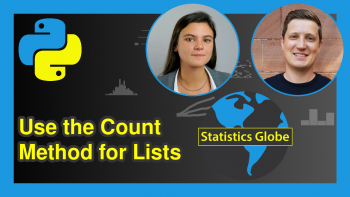 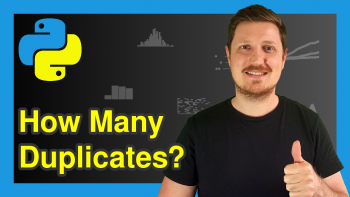