Test if Rcpp CharacterVector Elements are Equal in R (3 Examples)

Often with strings, we want to know whether some character/string elements of a vector are actually equal. We show you some examples for doing that with Rcpp objects in R.

The structure is as follows:

Example 1: Check Whether All Vector Elements Are The Same

We load the Rcpp package to be able to use C++ code in R.

In our first example, we create a function “fun_all_eq” which checks whether all elements of an input string vector are the same. It returns a logical expression.

You can see that within the function we use function all() to check whether all elements of vec_log are true. The all() function is part of Rcpp sugar. It is very useful because it allows us to check a complete vector for a certain feature instead of checking for each of its elements separately. Have a look at the sugar documentation here or our blog post about sugar functions here to learn more.

We test the function for two vectors “x” and “y”. For comparison, we also added the equivalent R code.

Example 2: Check For Each Vector Element Whether It Is Equal To A String

In this example, we want to define a function “f_char_cpp2” which checks for each element of an input vector “x” if it equals a certain input string “y”.

Compare the code to the code of the previous example to see what we did different this time. Let us test the function. Again, we also added the equivalent R code.

You see that function “f_char_cpp2” returns a logical vector which is of the same size as the input vector.

Example 3: Get The Position Of Vector Elements Which Equal A String

In the previous example, the function returned a logical vector with the size of the input vector, which returned whether the corresponding element of the input vector is equal to a string. In this example, we go one step further and want to define a function “f_char_cpp3” which instead returns the positions of the elements which are equal to the string.

As we print out the intermediate results of vector “vec_pos”, we can see that function .push_back() successively adds additional elements to a vector.

You not only want to learn about strings in Rcpp, but also in standard R? Then check out the Statistics Globe video below where you see how to extract certain characters from a string.

For more posts on R on Statistics Globe, check the following links:

We showed you different ways of checking whether the elements of a string vector are equal to each other or equal to a specific string in Rcpp. When you have comments or questions, please let us know below. 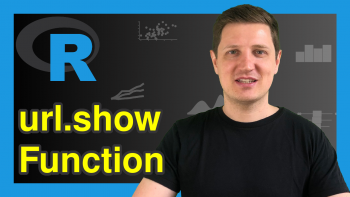 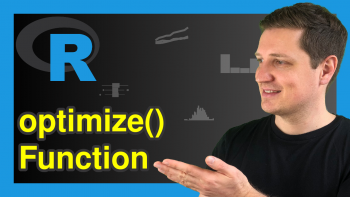