This article shows how to append two lists in the R programming language.

For the example of this tutorial, we need to create two lists. Our first example list is created by the following R code…

…and our second list is created by the following R code:

Now, let’s combine these two lists into only one list…

If we want to combine two lists in R, we can simply use the c() function:

As you can see based on the output printed to the RStudio console, we just combined our two example lists.

In Example 2 I’ll show an alternative to the c() function – the append() function. We can apply the append command to combine multiple lists as follows:

Check your RStudio console output – It will be exactly the same as in Example 1.

If you need further info on the topics of this tutorial, you might want to have a look at the following video of my YouTube channel. I’m explaining the R codes of this tutorial in the video tutorial:

In addition, you might want to have a look at the related articles of my homepage:

To summarize: At this point you should know how to concatenate two list objects in the R programming language. In case you have any additional questions or comments, please let me know in the comments. 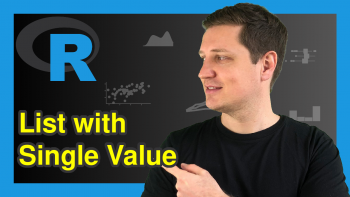 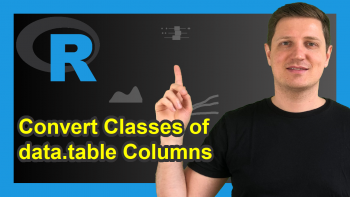