If you want to know more about these contents, keep reading:

In this R tutorial, we’ll apply the rank functions of the dplyr add-on package to the following example vector:

Our vector contains of six numeric values with a range from 1 to 5, whereby the value 3 appears twice.

Furthermore, we need to install and load the dplyr package to R:

Now, we can move on to the examples.

Example 1 explains how to use the row_number function in R. Have a look at the following R code:

The row_number function returns the ranking of each value of our input vector. Note that the value 3, which is appearing twice, is also ranked. The second 3 is one ranking position higher than the first 3.

This example illustrates the usage of the min_rank function:

The output of this function is the same as the output of the row_number command of Example 1, but this time doubling values (i.e. 3) lead to the same output value.

Example 4 shows how to use the dense_rank function in R:

The dense_rank function also returns the rank of our input vector to the RStudio console. In contrast to the min_rank function, dense_rank does not increase the rank for each vector element. Even though the value 3 appears twice, the next rank is only one number higher.

This R function converts the input vector into percentage ranks between 0 and 1.

Finally, we apply the cume_dist function:

The cume_dist function is a cumulative distribution function, which returns the proportion of all values less than or equal to the current rank.

Do you need further information on the dplyr package? Then you may want to have a look at the following video of the Statistics Globe YouTube channel. In the video, I’m explaining the dplyr package in some more detail:

In summary: In this R tutorial you learned how to windowed rank functions of the dplyr package. Don’t hesitate to let me know in the comments below, if you have any additional questions. Furthermore, please subscribe to my email newsletter for updates on the newest articles. 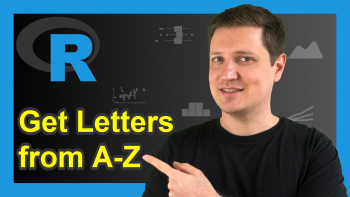 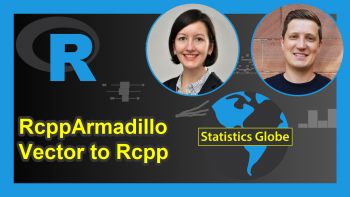