The abs R function computes the absolute value of a numeric data object. The basic syntax for abs in R is illustrated above.

In the following article, I’ll show you six examples for the application of abs in the R programming language.

In the first example, I’m going to show you how to get the absolut values of a numeric vector. Let’s first create an example vector:

Our vector contains five numbers, two of them are negative. To this vector, we can now apply the abs R function:

Looks good, all values are positive.

By the way, I have recently published a video on my YouTube channel, in which I’m explaining the R code of this example in more detail:

Next, I’m going to show you how to apply abs to more complex data structures.

In the second example, I’m going to use the abs command to convert a numeric matrix to only positive values. Let’s create an example matrix:

Table 1: Example Matrix with Negative Values in Some Data Cells.

Our matrix consists of three rows and five columns. Some of the numbers are negative.

With the abs command, we can replace all negative numbers with their absolute value:

As you can see, the updated matrix contains only positive numbers.

We can do the same conversion as in Example 2 with data.frames. Let’s first convert our previously created matrix to the data.frame class:

Looks similar as before, but this time our data has column names (i.e. V1-V5).

We can apply the abs function in the same manner as we did before:

Again, all values are positive.

So what if we want to convert only some values of our data object? That’s exactly what I’m going to show you next.

For this example, I’m using the data.frame of example 3 again. Let’s first create a duplicate of this data…

…and then let’s calculate the absolute values of column V2:

Table 5: Data Frame with Absolute Values in One Column.

As you have seen, we can apply the abs function to only one column by using the $-sign.

Let’s move on with some calculations…

When calculating differences, you might want to know just the absolute difference (not the real difference with a negative value). For this purpose, you can also use the abs function. Let’s first create a data object containing the regular difference of two values:

The data object diff contains the value -15, which is the difference of 5 – 20. If we want to know the absolute difference, we can simply apply the abs function as before:

In this example, we calculated the absolute difference. However, of cause you can calculate the absolute value not only for differences, but also for a correlation, a mean or any other numeric value you can think of.

But there is one restriction…

Example 6: Error in Math.factor(x) : ‘abs’ not meaningful for factors

The application of abs is in general relatively simple. However, a typical error message is the following:

Error in Math.factor(x) : ‘abs’ not meaningful for factors

So why did this error pop up? Usually, because we tried to apply abs to a factor variable. Let’s do an example…

First, I’m converting the numeric vector of Example 1 to a factor:

If we now apply the abs R command, we get the following error:

So if this happens to you, simply convert your factor variable to numeric, before you apply the abs function: 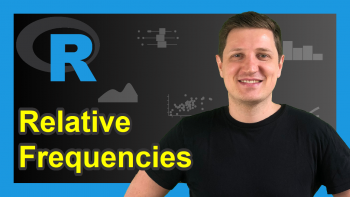 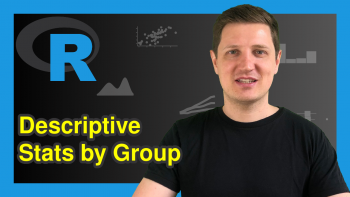