The dir R function returns a character vector of file and/or folder names within a directory. The basic syntax for dir in R is illustrated above.

In the following tutorial, I’ll provide you with three examples for the application of dir in the R programming language. Sounds good? Let’s dive right in…

Example 1: Get File Names of Current Directory via getwd() & dir()

A typical application of the R dir Function is the extraction of file names within the currently used working directory. For this task, we have to use the getwd function first:

In your case, the path of the current working directory will of cause be different than mine. However, the code can be easily reproduced for your own directory.

Now, we can move on to the application of dir in R:

We just have to insert the path of our directory into the dir() command. As you can see, the function returns a character vector that consists of all files and folders stored in this working directory.

In my case, the two xlsx files Upcoming Posts.xlsx and Statistical Programming Previous Posts.xlsx as well as the R code R Code dir Function.R and the folder Important Files are stored into the directory.

Note: You can distinguish files and folders by the ending of the name. My files end with xlsx and R, respectively, but the folder does not have any ending.

Looks good! But what if we want to check for files and folders of another directory? That’s what I’m going to show you now…

Example 2: Apply the R dir Function to Any Directory You Want

The dir R command can also be used to check for file and folder names of other directories than the current working directory. The R code is similar as in Example 1.

First, we have to assign a path to a data object in R…

…and then we can apply the dir function to this path:

The R programming language provides several additional specifications for the dir R function. Even though the previous code is often sufficient, you might want to manually modify the usage of the dir command.

Just write ?dir to the RStudio console in order to get more information from the dir help documentation: 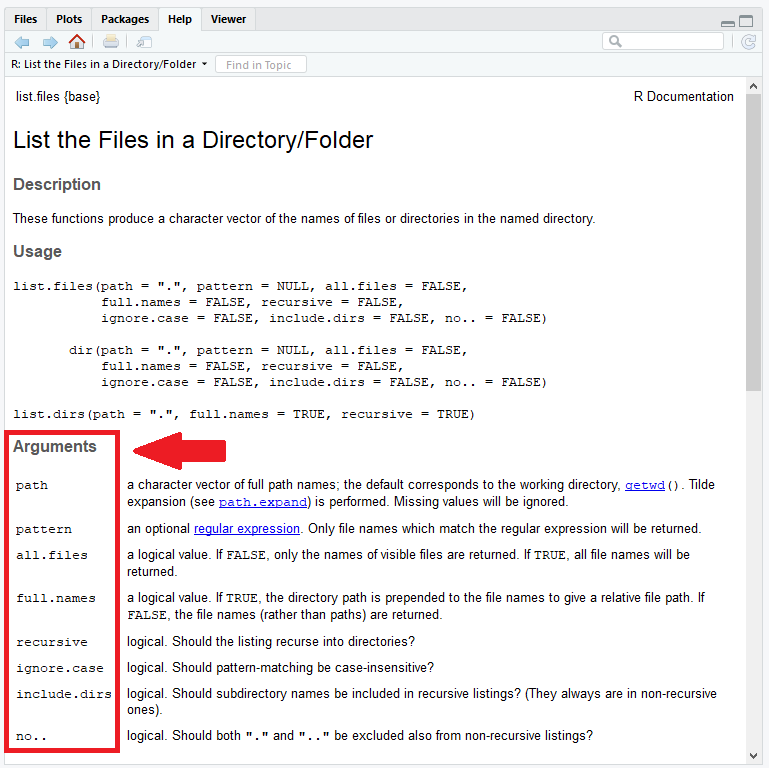 Just specify the available arguments as you need. For instance, the pattern argument can be used to filter for file names with a specific pattern.

Let’s do an example. For the example, I’m using the same code as in Example 1, but this time I’m specifying the argument pattern:

As you can see, this time the dir function returns only files with the pattern .xlsx.

Video Instructions: How to Set Up Your Working Directory

If you want to use the dir R function, it is crucial that you know how to deal with working directories. If you have problems with that I can recommend the following YouTube video of the MarinStatsLectures channel. The speaker explains in more detail, how to set up a working directory in R properly. 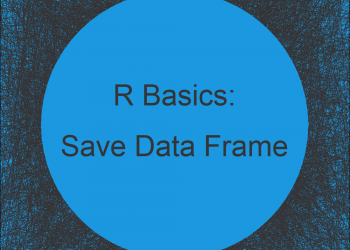 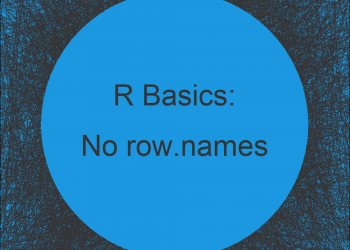 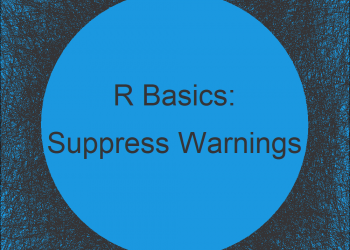 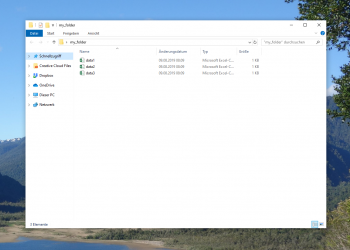 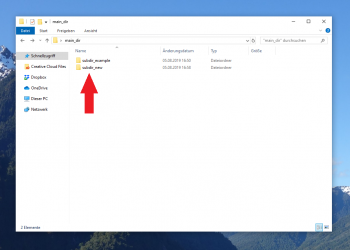 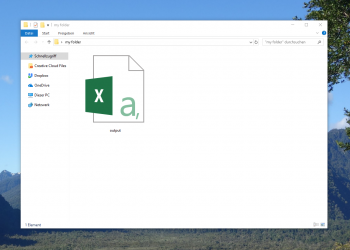 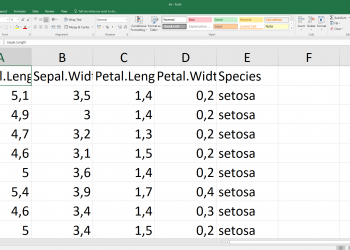 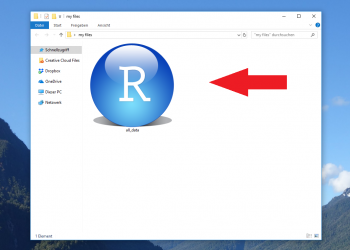 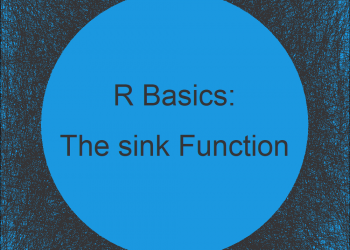 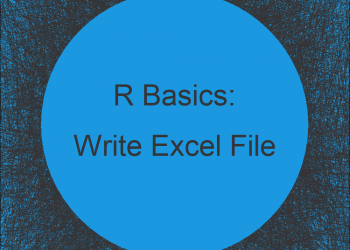 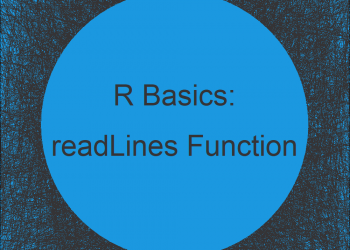 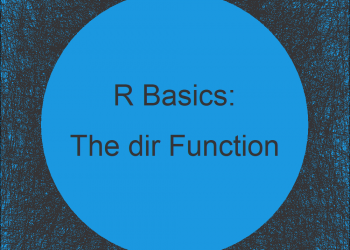