In this article you’ll learn how to use a character string as variable name in the R programming language.

The article will consist of the following topics:

Example 1 shows how to turn a character string to a variable name using the assign function. Have a look at the following R code:

Within the assign function, we defined our character string (i.e. “my_string_1”) as well as the values we want to store in the new variable (i.e. a numeric range from 1 to 5). Let’s have a look at the new data object my_string_1:

As expected: The variable my_string_1 contains the numeric range 1 to 5.

In Example 2, I’ll show an alternative R syntax, which is based on the do.call function:

Within the do.call function, we had to specify the operation we want to call (i.e. “<-") and we had to create a list consisting of our character string / variable name and the values we want to assign. Let's have a look at the output in the RStudio console:

The result is exactly the same as in Example 1.

In case you need further information on the content of this tutorial, you might have a look at the following video of my YouTube channel. In the video instruction, I show the R codes of this page:

Furthermore, you could have a look at the related articles of my website:

To summarize: In this tutorial you learned how to get strings recognized as variable names in R. In case you have any additional questions and/or comments, let me know in the comments section below. Furthermore, don’t forget to subscribe to my email newsletter for updates on new tutorials. 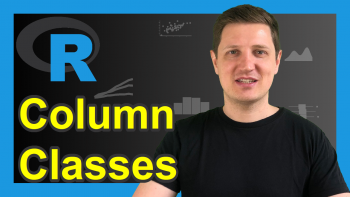 Determine Classes of All Data Frame Columns in R (2 Examples) 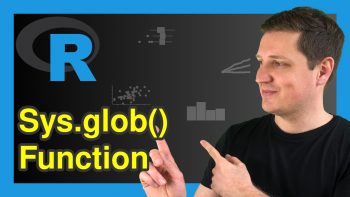