…and our second character string vector looks like this:

This example illustrates how to test whether two character string vectors share certain elements by returning a logical vector (i.e. TRUE or FALSE).

For this, we can use the %in% operator as shown below:

The previous output of the RStudio console tells us that the second element of the first character string vector exists in the second vector as well. The other vector elements are unique.

In this example, I’ll show how to identify which vector elements do exist in both vectors.

In Example 3, I’ll explain how to return a certain value depending on a logical condition that takes our two character string vectors into account.

Some time ago I have published a video on my YouTube channel, which shows the R code of this tutorial. You can find the video below.

In addition, you may want to read some of the related articles of my website. I have released numerous articles about related topics such as dplyr and extracting data:

In summary: In this R tutorial you have learned how to check for differences in character strings using logical conditions. If you have any further questions, please let me know in the comments section. Furthermore, don’t forget to subscribe to my email newsletter for updates on new articles. 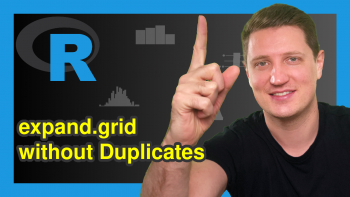 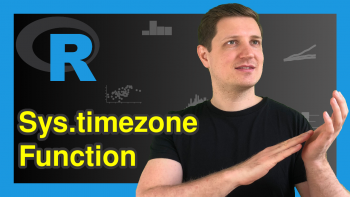