On this page, I’ll explain how to test whether a character string contains one or multiple alphabetical letters using the Python programming language.

As a first step, we have to create some example strings in Python:

As you can see, we have created two different character strings called my_string1 and my_string2.

You may already have noticed that the first string contains letters of the alphabet, but the second string does only consist of numbers.

However, let’s check this using some Python code!

Example: Test for Alphabetical Letters Using the any() & isalpha() Functions

This example demonstrates how to use the any and isalpha functions to check if a character string contains a letter from the alphabet.

print(any(c.isalpha() for c in my_string1)) # Check if letters are contained in string # True

As you can see, the logical value True has been returned, i.e. our first example string contains alphabetical letters.

print(any(c.isalpha() for c in my_string2)) # Check if letters are contained in string # False

This time, the logical value False has been returned, i.e. our second string does not contain any letters.

Do you need more explanations on how to identify alphabetical characters in a string? Then you might have a look at the following YouTube video of the Master Code Online channel. In this video, the speaker explains how to apply the isalpha function in Python.

Furthermore, you may have a look at the other Python tutorials on Statistics Globe. Check out the link below!

Summary: In this tutorial, I have shown how to find letters in a character string using Python. However, in case you have further questions on this topic, you may leave me a comment below! 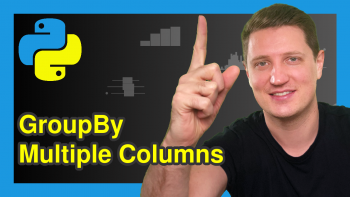 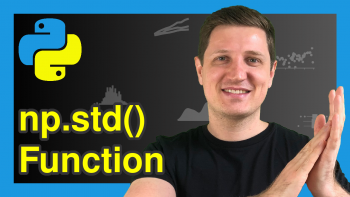