In this article, I’ll explain how to apply the np.sum function in Python.

If you want to learn more about these content blocks, keep reading…

We first have to load the NumPy library, to be able to use the functions that are contained in the library:

Next, let’s also define some example data in Python:

As you can see based on the previously shown output of the Python console, our example data is an array containing six values in three different columns.

Example 1: Sum of All Values in NumPy Array

The following code demonstrates how to calculate the sum of all elements in a NumPy array.

For this task, we can apply the sum function of the NumPy library as shown below:

As shown by the previous output, the sum of all values in our array is 21.

In Example 2, I’ll show how to find the sum of the values in a NumPy array column-wise.

To achieve this, we have to set the axis argument within the NumPy sum function to 0:

Similar to Example 2, we can also perform an addition of the values in a NumPy array by row.

For this, we have to specify the axis argument to be equal to 1:

Have a look at the following video on my YouTube channel. I illustrate the Python programming codes of this post in the video.

Furthermore, you could have a look at some of the other tutorials on this website:

At this point you should know how to use the np.sum function to get the sum of an array in the Python programming language. Let me know in the comments section below, if you have further questions. 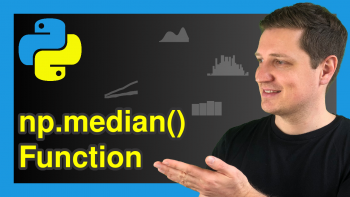 Get Median of Array with np.median Function of NumPy Library in Python (3 Examples) 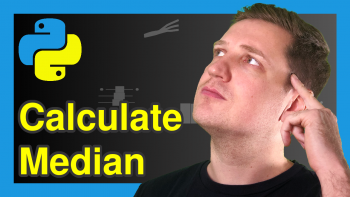