In this tutorial, I’ll illustrate how to delete several data objects from the R environment running the rm function only once in the R programming language.

It’s time to dive into the exemplifying R code…

As a first step, we’ll have to construct some data that we can use in the examples below.

The previous R code shows the structure of our example data: We have created one data frame object and a vector.

This Example explains how to delete multiple data objects from the global R environment in one line of R code. Have a look at the rm() function in action:

As you have seen based on the previous R code, we simply had to insert the names of the data objects that we want to remove, separated by a comma. Have a look at your RStudio console. The data objects data and vec will not be contained in the environment anymore.

Do you want to know more about the rm function in R? Then you may want to have a look at the following video of my YouTube channel. In the video, I illustrate the contents of this article:

In addition, you might want to read the other RStudio tutorials on my homepage:

In this R tutorial you learned how to clean multiple data objects simultaneously. Let me know in the comments, in case you have any further questions. 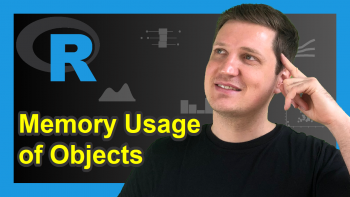 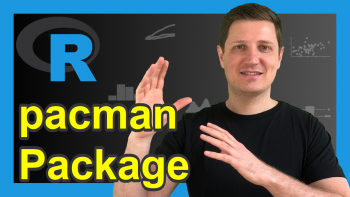 Introduction to the pacman Package in R (3 Examples)